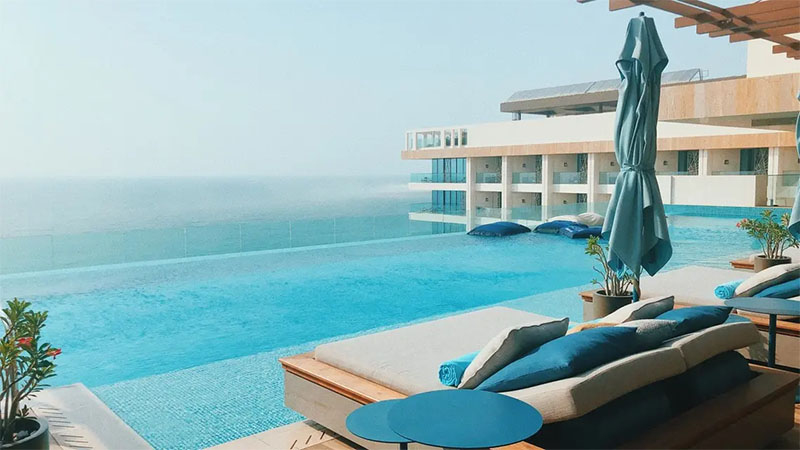 The United Arab Emirates’ tourism sector achieved a hotel occupancy rate of 62 percent in the first half of 2021, outperforming 10 major tourism destinations as the industry recovers from the impacts of the COVID-19 pandemic, Emirates News Agency WAM reported on Sunday.

The countries that it outperformed included: China, with an occupancy rate of 54 percent, the US at 45 percent, Mexico at 38 percent, the UK at 37 percent and Turkey at 36 percent.

The country’s hotel and tourism establishments brought in 8.3 million guests, 30 percent of which were domestic tourists, during the first half of the year, recording a growth rate of 15 percent compared to its corresponding half in 2020.

The sector recorded 35 million nights spent by guests in UAE hotels, reflecting a growth of 30 percent while the average length of their stay increased to 4.1 nights, accounting for a 12.5 increase.

Dr. Ahmad Belhoul al-Falasi, Minister of State for Entrepreneurship and SMEs, and Chairman of the Emirates Tourism Council, told WAM that the country’s high vaccination rate, which has surpassed 80 percent now and is one of the highest in the world, played an important role in raising the level of safety and confidence in the UAE’s tourism sector.

With just 10 days to go, Dubai is gearing up for the Expo 2020, one of the world’s biggest in-person events since the COVID-19 pandemic began.

The mega- event is expected to attract around 25 million visitors over the next six months.

The country is preparing to become the world’s leading travel destination from October 2021 to March 2022, while the Expo takes place. This will increase the number of hotel bookings and travelers coming into the country.

The General Civil Aviation Authority (GCAA) has revealed the total number of passengers traveling to the UAE grew in August 2021 to over 2.5 million, compared to 814,000 in the same period of 2020, surging by 207 percent, according to a report published by WAM on Wednesday.

Winnie the Pooh’s tree house for rent at this ‘Bearbnb’