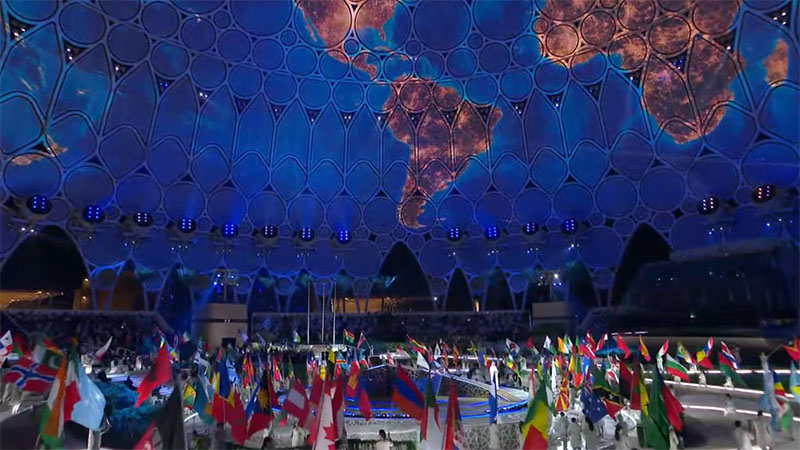 The United Arab Emirates has officially launched Expo 2020 Dubai, the world’s biggest cultural gathering, in a ceremony streamed by millions across the world.

To celebrate the opening day, Dubai hosted fireworks around the city at three locations: The Frame, Dubai Festival City and The Pointe on Palm Jumeirah.

UAE’s Cabinet Member and Minister of Tolerance and Coexistence, Sheikh Nahyan bin Mubarak Al Nahyan, said during the opening ceremony that the UAE has worked hard to create a better life by “building people and promoting investment.”

“By connecting minds, we can achieve achievements. Through Expo, we affirm our commitment to making the world better through cooperation. 192 countries will meet for the first time in history,” the minister added.

The minister added that through Expo, UAE affirms its commitment to making the world better through cooperation.

“We welcome participants to the Expo as an opportunity for cooperation and action among the world’s population, we carry a message of cooperation, tolerance, coexistence and peace to achieve a prosperous future for all,” he added.