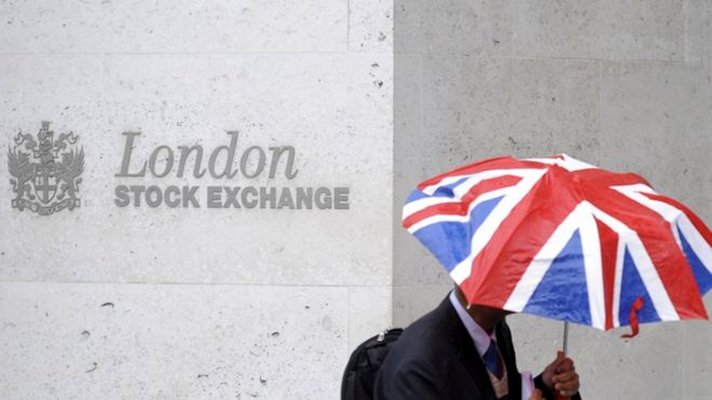 The European Commission said the deal would have created a “de facto monopoly” for certain financial services.

London Stock Exchange Group said it “regrets” the commission’s decision, as the deal would have created a “world-leading” financial markets firm.

The commission blocked the deal, which had already been thrown into doubt by Brexit, shortly before the UK started the formal process of leaving the European Union.

It is the third time that a merger between LSE and its German rival has failed to come to fruition.

They announced plans for a “merger of equals” about a year ago, following attempts by Deutsche Boerse to strike a deal with LSE in 2000 and 2004.

However, the merger was dogged by questions about where the joint firm would be based and how it would pool liquidity between the exchanges.

Those questions intensified after the UK voted to leave the European Union.

“Timing is everything,” said Neil Wilson, an analyst at ETX Capital.

“Brexit effectively killed this deal off nine months ago, so it’s fitting that EU competition commissioner Margrethe Vestager delivered the coup de grace just a couple of hours before the UK triggers Article 50.”

LSE warned last month that the deal was unlikely to receive EU approval over concerns that it would limit competition.

On Wednesday, the firm said: “This was an opportunity to create a world leading market infrastructure group anchored in Europe, which would have supported Europe’s 23 million SMEs [small and medium sized enterprises].”

The UK’s stock exchange operator has been a takeover target many times since 2000. Mr Wilson says the collapse of the Deutsche Boerse merger might encourage new bidders, possibly from the US.

But he says new national interest rules about takeovers of UK firms could make any deal even more difficult.

The final blow to the deal came from EU regulators’ concerns about the combined firm’s control over the clearing of bonds and fixed-income products in Europe.LSE, which also operates the Italian stock exchange and has other businesses in Europe, had offered to sell its France-based clearing house to deal with those concerns.

However, the commission decided that this remedy did not go far enough.

“That is not just important for banks and other financial institutions. The whole economy benefits when businesses can raise money on competitive financial markets.”

The commission had ordered LSE to also sell its 60% stake in MTS, a fixed-income trading platform, but LSE said the move was “disproportionate”.

Investors responded positively to the deal’s collapse, he added, with shares in LSE rising by more than 3% and in Deutsche Boerse by 1%.

The untold truth of Sriracha

Toshiba’s Westinghouse files for US bankruptcy