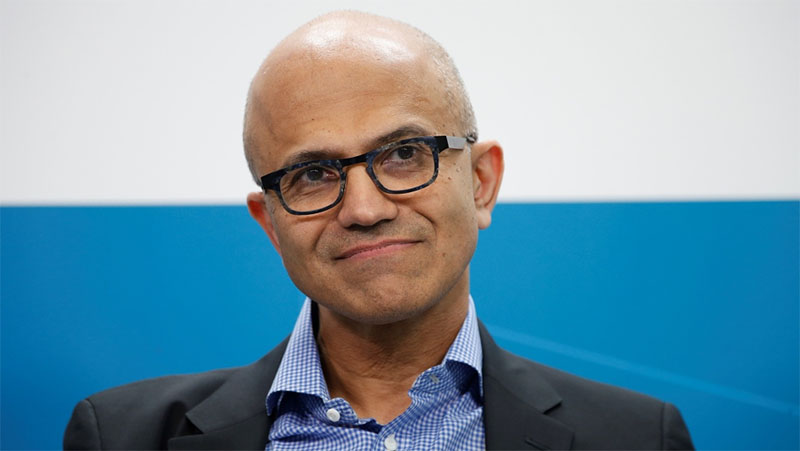 It looks like Tesla’s Elon Musk isn’t the only high profile CEO getting rid of shares in the company they run. Microsoft chairman and CEO Satya Nadella has shed more than half of his stake in the software giant in the past week.

It makes sense that Nadella would take some money off the table. After all, Microsoft stock has been a stellar performer this year, soaring more than 50 per cent. Home Depot is the only Dow stock that has done better.

Microsoft has enjoyed strong sales and earnings thanks to the cloud leadership position it established since Nadella took over as CEO in 2014. The company is now worth more than US$2.5 trillion. Only Microsoft rival Apple has a higher market value.

And Nadella has been compensated handsomely for his successful tenure at Microsoft.

According to Microsoft’s most recent annual shareholder proxy statement filed with the SEC, Nadella earned a salary of US$2.5 million this fiscal year and has a total annual compensation package, which includes stock awards and cash incentives, of nearly $50 million. Nadella earned more than $40 million during the past two fiscal years as well.

Under Nadella, Microsoft has bulked up its Azure cloud unit. The company is also minting money from its core Office 365 suite of Word, Excel, PowerPoint and other business software as well as from its LinkedIn corporate social networking unit and Xbox gaming division.

A Microsoft spokesperson said in a statement to CNN Business that Nadella sold the stock “for personal financial planning and diversification reasons.”

“He is committed to the continued success of the company and his holdings significantly exceed the holding requirements set by the Microsoft Board of Directors,” the spokesperson added.