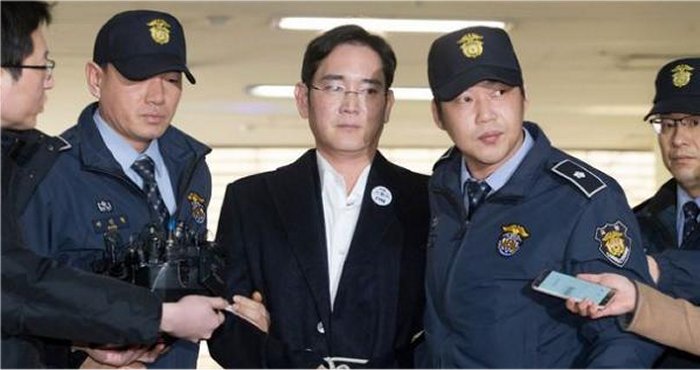 In the second round of trials in Seoul Central District Court, prosecutors introduced evidence of text messages and other memos to support allegations that Lee, 48, gave a horse named Vitana V to Choi Soon-sil, a confidante of former South Korean President Park Gyun-hye, for use in equestrian events by Choi’s daughter. Lee, also known as Lee Jae-yong, offered to replace the horse, valued at $885,000, with another, named Vladimir, after media scrutiny of the transaction and of Choi’s influence in Park’s administration began, prosecutors said.

Lee has contended that he was unaware of Park’s relationship with Choi, and that Samsung never asked the South Korean government for favors, particularly its consent to allow Lee to assume leadership of Samsung. The company provided non-profit organizations led by Choi and her aides, including the national equestrian team, with $39.1 million in funding.

Prosecutors said Thursday that the Vitana-Vladimir exchange is evidence of Lee’s culpability.

The trial of Lee, the Samsung vice chairman, is exposing ties between the government and a network of South Korean corporations, notably the Samsung Electronics Co. Park was removed from power in March after South Korea’s Constitutional Court concluded she abused her presidential power in channeling financial favors to Choi’s organizations. The scandal has damaged Lee’s reputation and that of Samsung, which lost consumer confidence after its Galaxy Note 7 smartphones were recalled worldwide in 2016 after battery explosions occurred.