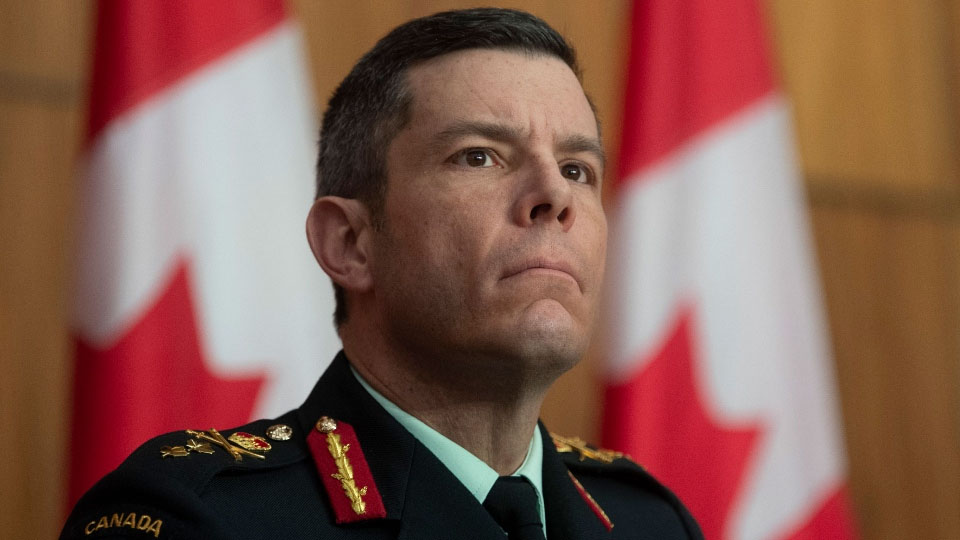 Maj.-Gen. Dany Fortin’s request for reinstatement as the head of Canada’s COVID-19 vaccine rollout has been struck down by the Federal Court, stating Fortin must first pursue a grievance over his removal with the Canadian Armed Forces.

In a decision issued on Tuesday, Justice Ann Marie McDonald threw out Fortin’s request, ruling that his case was premature as the senior military officer “must exhaust the internal grievance process prior to seeking a remedy” in court.

The 20-page judicial review ruling comes after the court heard Fortin’s legal team and the government dispute who was responsible for the senior military officer’s removal, over two days of hearings in September.

With the review, Fortin was asking to either be reinstated to his former secondment, or be moved into an equivalent posting with the Canadian Armed Forces.

Fortin’s lawyers had alleged political interference by Prime Minister Justin Trudeau, Health Minister Patty Hajdu and Defence Minister Harjit Sajjan, as well as a lack of due process or privacy in the decision to remove him. It was a decision that, based on chain of command, was Acting Chief of Defence Staff Lt.-Gen. Wayne Eyre’s to make, but Fortin alleged that was not the case.

In Tuesday’s ruling McDonald found that Fortin’s allegations “are not exceptional circumstances that allow him to bypass the internal grievance process.”

McDonald’s decision agreed with the argument made by the attorney general; that the lawsuit should be thrown out because there is an established grievance process under the National Defence Act and the Queen’s Regulations and Orders for the Canadian Forces. Government lawyers framed this as an “adequate alternative remedy.”

According to an April 2021 report by Justice Morris Fish cited in the court documents, “there were at least 1304 outstanding grievances in the CAF in mid-2020.”

“MGen Fortin has not demonstrated that the decision to remove him from his PHAC position cannot be redressed through the CAF grievance process. Therefore, he must avail himself of the grievance process before proceeding on judicial review,” McDonald wrote Tuesday.

The senior military officer was removed from his role as Canada’s vice-president of logistics and operations with the Public Health Agency of Canada (PHAC) in May, after military police initiated an investigation into a sexual misconduct claim made against him which dates back to early 1988 when he was a student at the Royal Military College in Saint-Jean, Que.

In a sworn affidavit submitted as part of the federal case, Fortin stated that his reputation has been “irreparably tarnished,” and his career is “over” as a result of the government’s decision to remove him and reveal that he was under investigation.

Days after Fortin was removed, the Canadian Forces National Investigation Service referred the matter to the Quebec criminal prosecution service. In August, Fortin was charged in Gatineau, Que. with one count of sexual assault.

Fortin has denied any wrongdoing and has vowed to defend himself “vigorously” against the charge. The next court date in this separate criminal matter is scheduled for Nov. 5.