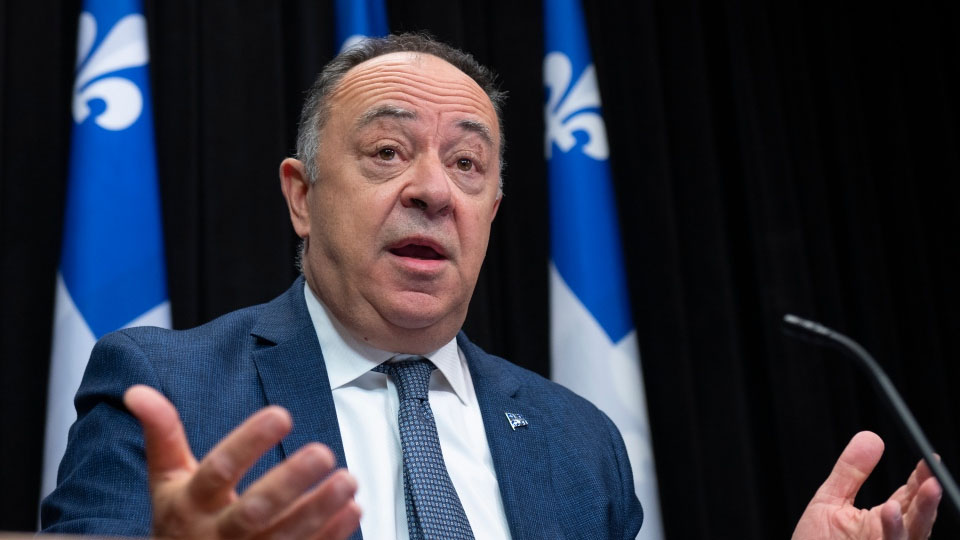 Despite repeated claims that the Oct. 15 deadline would not be pushed back, Quebec Health Minister Christian Dubé announced Wednesday he is giving health-care workers 30 more days to get their two vaccine doses.

Admitting that losing thousands of workers due to the vaccine mandate will cause Quebec to “run into a wall,” the minister said workers in the health-care network will now have until Nov. 15 to get their two shots to avoid being suspended without pay.

In the meantime, workers in the public system who aren’t vaccinated and have direct contact with patients will have to be tested for COVID-19 three times per week before their shifts, beginning on Monday. The measure could be extended to the private network, too, according to the health minister.

“Giving yourself a 30-day deadline is, therefore, reasonable and appropriate in the circumstances,” Dubé said at a news conference Wednesday morning in Montreal, noting that the decision to postpone the deadline was a “difficult” one.

“And I have a last message for health-care workers who are not vaccinated yet: we are reaching out to you, and we sincerely hope that you will take this offer,” he said.

Dubé also announced that all new hires in the health-care workers will have to be fully vaccinated, and reminded the public that caregivers and visitors must show their vaccine passport when entering a health-care facility. The policy does not apply to patients.

The Legault government had announced the vaccine mandate back in September as a warning to all health and social services workers to get immunized by Oct. 15, but on Wednesday the health minister acknowledged that the goal was unattainable.

About 96 per cent of health workers in Quebec have received one dose of the COVID-19 vaccine, the health minister said, but still there are approximately 22,000 workers who are not adequately vaccinated.

“We want to give the unvaccinated staff extra time to collect their dose, but I want to be clear: we will apply the mandatory vaccination for healthcare workers, but postponing the 30-day deadline is the best solution,” he said.

Just yesterday in Gatineau, Dubé told a press scrum “there will be no change” to the Friday deadline, standing firm on the government’s plans to enforce the sweeping vaccine mandate.

Had the province gone ahead with its orignal deadline, there would have been a “considerable reduction” in healthcare in Quebec, according to the associate deputy health minister Dr. Lucie Opatrny.

Dube said a "granular analysis" showed they'd be forced to close some long term care homes in some regions, the impact on health care system would be too great if they maintained the original vaccination deadline. Want to give workers more opportunity.. https://t.co/IKBptkqBEi

The regional health boards conducted an analysis to determine where in the system were there unvaccinated workers and what the impact could have been. Dr. Opatrny said workers would have had to be shifted around to accomodate the loss of workers. Critical care, however, would have been maintained.

“Critical, and important, and urgent [care] would have still continued, because those plans had been worked on for weeks. So, it wouldn’t have been a breakdown, but it would have been an important stress and an important reduction of services.”

The delay comes one day after a Montreal lawyer filed an an emergency injunction in Superior Court contesting the validity of the government decree. The court challenge argued that routine COVID-testing is a better alternative to curbing the spread of the virus in the health-care network than mandatory vaccination.

However, Dubé said Wednesday one of his top priorities is to maintain a safe environment for people who work in and visit health-care settings.

“If they are not vaccinated, I need to have something else,” he said, adding that “it’s wiser to get the vaccine as opposed to being tested three times a week.”