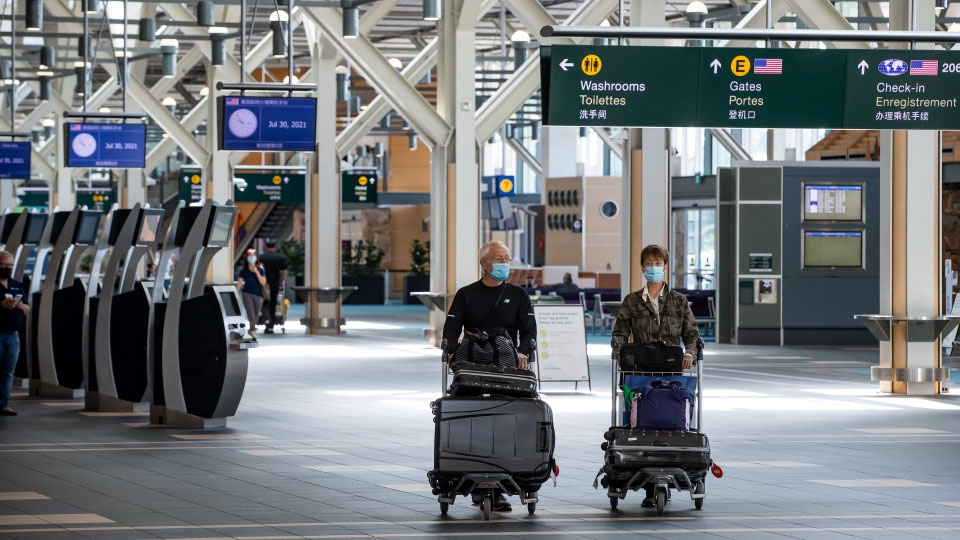 Instead of issuing a singular federal national COVID-19 vaccine passport, the federal government says that each province and territory will be responsible for issuing a “standardized pan-Canadian” vaccine passport that Canadians can use when travelling abroad.

The proposed system means that, as is currently the case, provincial vaccine credentials will continue to be the main way that Canadians will have to show their vaccination status.

Each province’s system is supposed to have a “common” look and feel, with the expectation that by next month all Canadians will have access to their vaccine credentials from their province or territory, as proof of vaccination will soon be needed in order to board a plane or train in this country.

The remaining provinces are set to issue their passports within the next month.

The standardized document will include the passport-holder’s name and date of birth, information on the vaccines they have received – which types, how many doses, and when they were administered, as well as a QR code.

The federal government is promising to promote this system internationally, so that border agencies, organizations, and businesses across the globe will be able to recognize and rely on these passports as Canadian documents because of the placement of a “Canada” word-mark in the upper-right-hand corner.

According to federal officials who briefed reporters prior to the press conference, the government explored different models, including one federally-issued document, but ultimately concluded that the “best way” and the way to “make it as easy as possible” was to use the existing provincial proof of vaccination systems.

“Provinces and territories are issuing this proof as they hold all of the vaccination information. The Government of Canada agreed that there was limited value in creating a national vaccination database and duplicating what provincial and territorial authorities are doing well,” said an official speaking on a not-for-attribution basis.

The passports will have verification measures and security features that will prevent tampering and forgeries, according to the government. Foreign border officials can either manually read the information on the passport, or scan the QP code with whichever digital validation technology they are using.

The “Canadian COVID-19 proof” can also be used with ArriveCan when submitting information when returning from abroad to be able to qualify for an exemption from quarantine. The app has now been updated to “digitally validate the authenticity of the new Canadian COVID-19 proof of vaccination, allowing Canadian officials to easily review it at the border,” according to briefing materials.

“Not every province has yet delivered on that, but I know they are all working very quickly and should be should have resolved that in the weeks to come, certainly in time for people starting to travel again as we ease off some of those travel restrictions and demand proof of vaccinations for traveling,” Trudeau said.

With countries continuing to open up their borders to recreational international travellers, many are requiring proof of COVID-19 vaccine to enter, including the United States. Canada has been in talks with international governments about a vaccine passport for foreign travellers for several months.

In August, the government announced that it was collaborating with the provinces and territories to develop a “pan-Canadian approach” that would facilitate cross-border travel. At the time, they said they were focusing on making the certification digital and that documentation would be accessible in all forms.

Canadian travellers will soon need vaccine documentation for almost every mode of transportation, as the federal vaccine mandate for domestic air and rail travel is set to come into effect next week.

Employees and passengers in the federally-regulated air, rail and marine transportation sectors will have to be fully vaccinated as of Oct. 30. There will be a short period of time where proof of a negative COVID-19 test will be acceptable to board, though by the end of November that option will no longer be available.

Here is what the "standardized pan-Canadian" vaccine certificate will look like.

CRB expiring Saturday, to be replaced with COVID-19 lockdown benefit