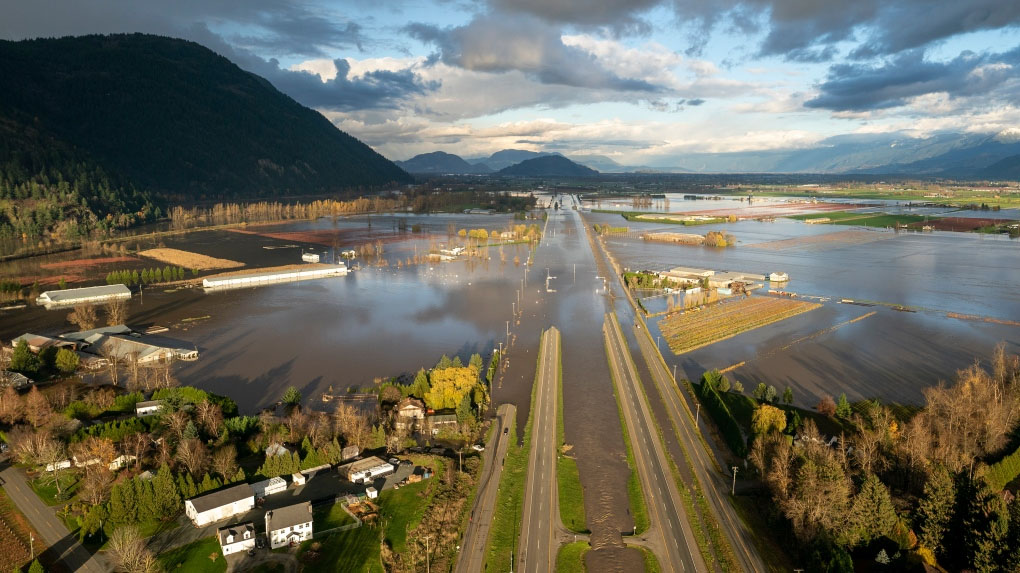 Dozens of people who could not evacuate from their homes safely were supported by air and water rescue Tuesday night, the mayor of a B.C. city facing major flooding said in an update Wednesday morning.

Abbotsford Mayor Henry Braun and emergency support staff gave the update after residents were under an evacuation order in the Sumas Prairie where “catastrophic” flooding was expected.

Officials said three helicopters were used overnight to help get people from their homes and at least 11 rescue teams were on boats. Rescues are expected to continue throughout Wednesday.

The city sounded the alarm Tuesday that the Barrowtown Pump Station was at risk of being overwhelmed, which would see even more water flow into the already flooded Sumas Prairie. Water was also flowing down from Sumas Mountain, exacerbating an already challenging situation, according to officials.

The city described the Barrowtown Pump Station as a “critical piece of infrastructure” preventing Sumas Lake from reforming, and said the failure of even one of its four pumps would result in quickly rising water levels in the Sumas Prairie.

Overnight, however, crews and volunteers were able to build a dam to protect the station and buy some time.

“While the situation remains critical at this time the Barrowtown Pump station is operating at its full capacity but was never intended or designed to take on water from another country,” Braun said in his update Wednesday, referring to the flooded Nooksack River in Washington.

Braun said water levels in the Fraser River dropped about two metres in the last 24 hours. If it goes down by another metre, Braun said crews will able to open floodgates at Barrowtown to relieve pressure at the pump station.

Residents under evacuation order were also told to abandon any ongoing efforts to save livestock and get out while they’re able. The mayor said evacuees would be “incredibly surprised” at how rapidly the situation would worsen following a pump station failure.

The city’s mayor didn’t have an estimate on how many livestock were impacted, but said he witnessed people rescuing cattle Tuesday using boats.

“I saw barns that are half full of water,” he added. “I can’t imagine that there’s any birds left alive.”

Braun said the city decided not to use the province’s emergency alert system because officials didn’t want to cause widespread alarm in areas that weren’t impacted. Instead, they chose to contact the hundreds of people living in the Sumas Prairie area directly.

“Those 300 people know there’s an emergency just by looking out their window so we didn’t want to alarm the whole city,” he said.

Abbotsford Police Department Chief Mike Serr said they can still use the system if needed.

“We are prepared, very quickly, to activate that alert system if we need,” he said Wednesday.

WATER COULD BE TOXIC

Serr said most of those being rescued have been co-operative and supportive, but urged people to stay away from the area.

“It’s going to take some time to get to everyone, we appreciate everyone’s patience … just know that we’re getting to you,” he said. “There’s no imminent risk but we need to get you out of that area as fast as we can.”

Both Serr and the mayor warned the water in flooded areas could be toxic, especially with several manure plants submerged.

“I’m asking the public, we appreciate that you want to see what’s happening and things like that but we need you to stay away,” Serr said. “It is not safe for your family.”

5th wave ‘a risk’ as Albertans gather inside, Hinshaw warns

Latest on B.C. floods: Premier urges residents to ‘do the right thing’ and not hoard groceries