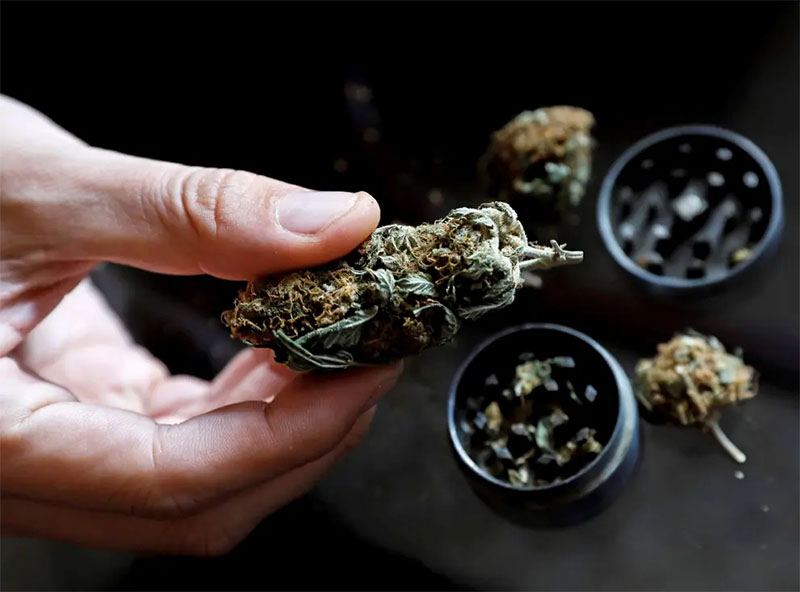 Taxi-hailing app Uber will allow users in Canada’s Ontario to order cannabis on its Uber Eats app, marking an official foray into the booming business.

The company said on Monday that it was partnering with cannabis retailer Tokyo Smoke. Customers can place orders from the Uber Eats app and then pick them up from any of the dispensary chain’s 50 locations.

Such orders will be ready for pickup within an hour of placing them, the company said. Customers will be required to show identification when they arrive to pick up their orders as per regulations.

“We are partnering with industry leaders like Tokyo Smoke to offer safe, convenient options for people in Ontario to purchase legal cannabis,” Lola Kassim, general manager of Uber Eats Canada, said in a statement.

Third-party delivery of cannabis from services like Uber Eats is not legal in Canada yet, but payment service providers can accept cannabis transactions because consumption in the country is legal.

In 2018, Canada became the first G20 country to legalise recreational cannabis. The Justin Trudeau government, however, is still struggling to deal with the country’s illicit cannabis market which makes up about 40 per cent of total sales.

“We will continue to watch regulations and opportunities closely market by market. And as local and federal laws evolve, we will explore opportunities with merchants who operate in other regions,” an Uber spokesperson told Reuters.

Cannabis sales in Canada reached $4bn in 2021 and are likely to grow to $6.7bn in 2026, according to data from industry research firm BDS Analytics.

Uber, which already delivers liquor, grocery and food through its Uber Eats apps, has been keeping an eye on the cannabis market for some time now.

In April, Uber chief executive Dara Khosrowshahi told CNBC that the company will consider delivering cannabis when the legal road is clear in the US.

“We see so much opportunity out there, and we’re going to focus on the opportunity at hand,” Mr Khosrowshahi said, adding that the company would focus on its current delivery options such as food and alcohol.

The company had announced earlier in February that it would buy alcohol delivery company Drizly for $1.1bn in stock and cash.

Even though cannabis is illegal under federal law in the US, at least 18 states, including the District of Columbia, have legalised recreational cannabis.

According to cannabis research firm Flowhub, cannabis sales across California, Alaska, Oregon and Colorado were up by 50 per cent during the pandemic-induced lockdown.

Related Topics:CanadaCannabisOntarioUberUber Eats
Up Next