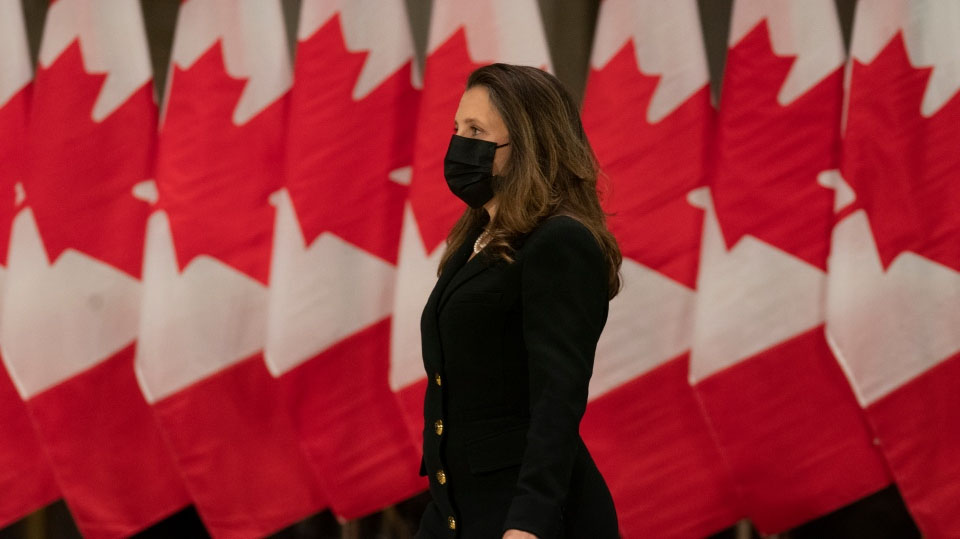 The Liberal government introduced a new pandemic aid bill Wednesday afternoon that would maintain some financial supports for businesses and workers until at least the spring of 2022.

Bill C-2, if passed, would deliver several new targeted programs, re-created from pre-existing benefits introduced at the start of the pandemic.

The government is also proposing a Local Lockdown Program to assist businesses impacted by government-imposed lockdowns. These companies would be eligible to receive the maximum subsidy amount.

For workers, the bill details a new Canada Worker Lockdown Benefit, replacing the popular Canada Response Benefit. It’s also geared towards those whose work is directly impacted by lockdowns.

Lastly, the Canada Recovery Hiring Program would be prolonged for employers with revenue losses above 10 per cent. The subsidy rate for this benefit would increase to 50 per cent.

Bill C-2 is one of four pieces of legislation the Liberals are prioritizing amid the start of the new parliamentary session.

In October, Freeland announced that a number of COVID-19 supports were expiring and being replaced with more “targeted” programs with a price tag of $7.4 billion.

Conservative Leader Erin O’Toole said on Tuesday, during CTV News’ throne speech special, that the party is evaluating its position on the bill.

“But, we also know the out of control, no accountability measures of the Liberal government led to a lot of fraud, led to organized crime defrauding the government. So we want to make sure that they close loopholes, they tighten measures.”

On her way into Wednesday’s caucus meeting, Deputy Conservative Leader Candice Bergen said whether or not the party would be supporting the bill was on the agenda to be discussed during that closed-door meeting with all MPs.

Bloc Quebecois Leader Yves-Francois Blanchet indicated the party was likely to back it, but has one point of contention.

“Basically, we agree with the principles. There’s one thing which might be a preoccupation to us: It’s the fact that workers from the arts and culture sector do not seem to be included or supported in any way at this point. But beside this issue, we support the idea that we understand as being the intent of C-2, then we will see what’s the best way to have it go through the whole process,” he said at Wednesday’s post-caucus press conference.

NDP Leader Jagmeet Singh was quick to underscore that the government shouldn’t anticipate an automatic green light from the New Democrats.

“The Liberals shouldn’t expect us to support their bills, any of them. It’ll only be the case that we support if there’s a benefit to Canadians,” he said.