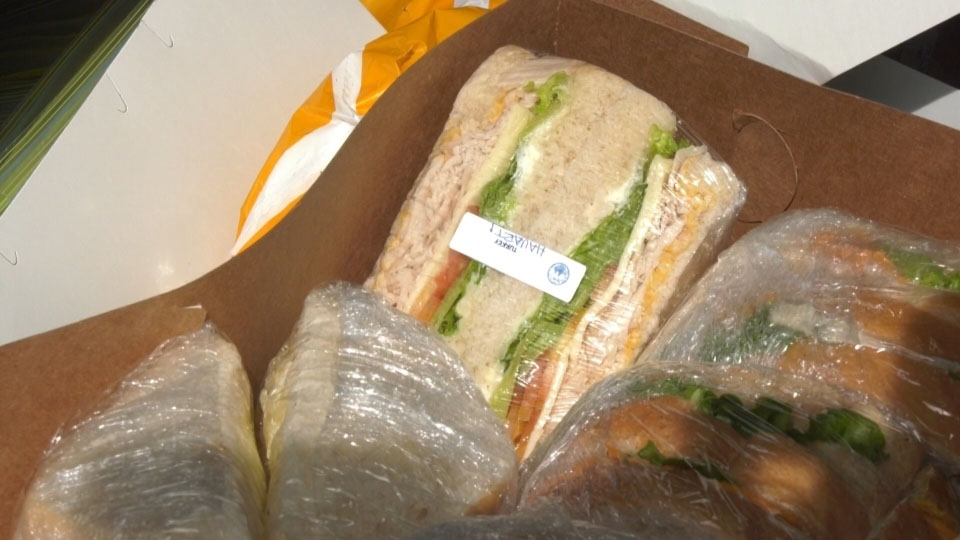 A small Newfoundland community came together Saturday to feed a long line of truckers stranded after a massive storm washed out parts of the island’s main highway this week.

Keith Pearson, the mayor of Placentia, said organizing efforts began Friday night, when people in the town heard that some truckers had been stuck at the nearby ferry terminal for several days without much to eat or drink. By Saturday morning, a crowd of people were going from truck to truck, knocking on doors and offering sandwiches, snacks and cups of coffee or tea.

The team even managed to get a few portable toilets set up for the truckers, and they were offering showers at the local town hall.

“It was a proud day to be mayor,” Pearson said in an interview Saturday.

Newfoundland is still mopping up after a storm that began Tuesday dumped about a month’s worth of rain on the southwestern tip of the island in two days. Some areas were soaked by over 190 millimetres between Tuesday and Thursday.

The rushing waters severed the Trans-Canada Highway in four different places, cutting off access to the province’s main ferry terminal in the town of Port aux Basques. The province said Saturday that work on the highway was ongoing. Until that’s finished, several towns in the area will remain separated from the rest of the province, completely inaccessible by road.

In a tweet, Seamus O’Reagan, the Liberal member of Parliament for St. John’s South-Mount Pearl, said 36 members of the Canadian Armed Forces members were en route to Newfoundland with two Griffon helicopters. In the meantime, other helicopters have been on standby for emergencies.

Much of the island’s food and supplies arrive at Port aux Basques ferry terminal, so Marine Atlantic announced Thursday it would open up its seasonal terminal at the Port of Argentia, about 10 kilometres north of Placentia, and 850 kilometres east of Port aux Basques.

Pearson said the trucks re-routed to Argentia began arriving a few days ago, parking in an ever-growing lineup. He estimated there were about 150 trucks at the terminal Saturday morning, but there was more than enough food for all of them, he said.

Kim Kerrivan was one of the main organizers of Saturday’s efforts. She said she started a Facebook group Friday evening to help coordinate efforts to feed the truckers and she had $1,500 in donations by Saturday morning to pay for groceries.

“We actually stop taking the donations for now because it’s just it’s so overwhelming, there’s so much help and support,” Kerrivan said in an interview Saturday.

She said when she and her team of about 20 people were handing out “goodie bags” full of food, fruit and treats on Saturday morning, there were other people from the town there too, offering pizzas and other snacks. Several local restaurants, including the Mary Brown’s fried chicken restaurant, were also bringing food down, she said, and as of Saturday evening, there was more on the way.

With the ferries down completely before the Argentia terminal was opened, and with the route between Argentia and North Sydney, N.S., being much longer than the trip between North Sydney and Port aux Basques, Kerrivan said there’s still quite a backlog of trucks.

“They’re only putting so many trucks onto the boats at a time, and their boats can only go so fast, so some might be still here for another two or three days,” she said. “But there’s more than enough food there to do everybody.”

Kerrivan said she and the people helping are ready to keep going for as long as they’re needed.