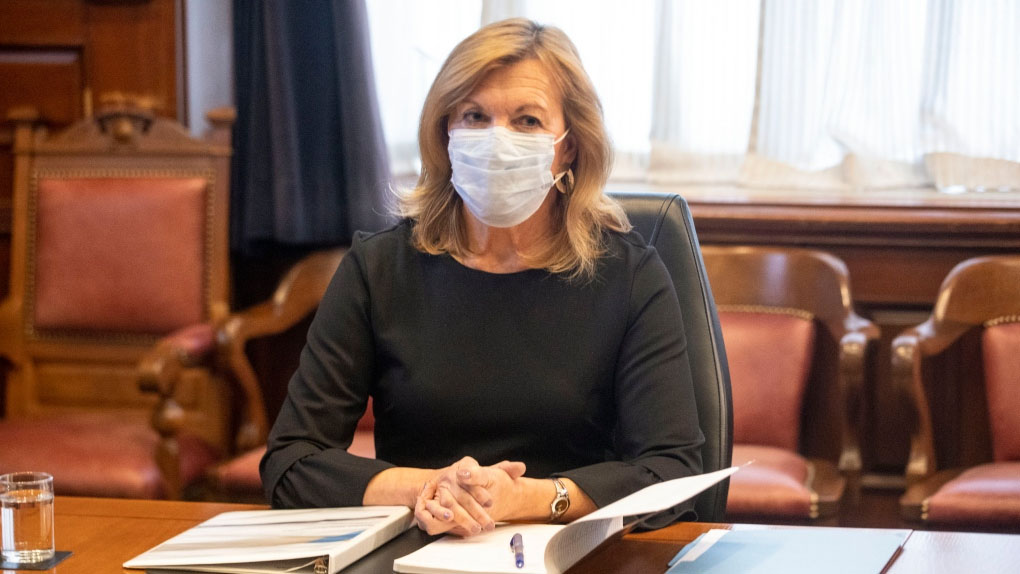 A document circulating online about “apprehending” unvaccinated people in Ontario is fake and has been sent to police for investigation, the government says.

The letter is forged to look as if it was written by Health Minister Christine Elliott and Solicitor General Sylvia Jones.

It is addressed to federal Minister of Emergency Preparedness Bill Blair and Health Minster Jean-Yves Duclos.

It is manufactured to look like Elliott and Jones are calling for the federal government to criminalize being unvaccinated and apprehend those who are.

NEW: The Ministry and of Health has contacted the OPP over a fake Ontario government letter that some in the anti-vax movement are circulating.

“It has come to our attention that a manufactured letter falsely claiming to be sent from Minister Elliott and Minister Jones on Dec. 3 is circulating online,” the Ministry of Health said in a statement Monday.

“No such letter has ever been drafted or sent from Minister Elliott of Minister Jones.”

The government said falsifying documents is a criminal offense and it has been referred to the Ontario Provincial Police for investigation.