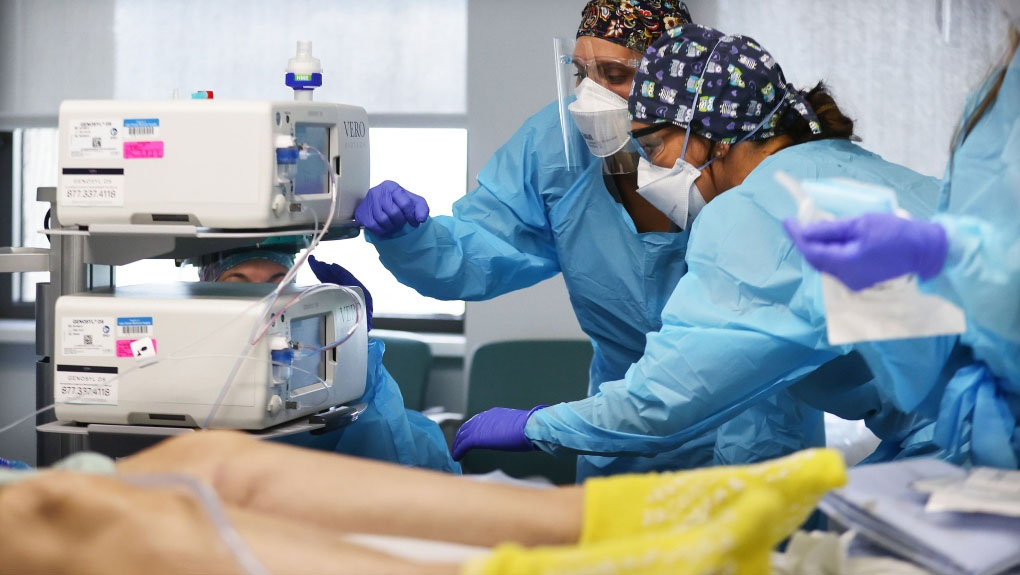 With 80 people needing hospitalization in New Brunswick after contracting COVID-19 over the weekend, some politicians are calling for the province to move to the most restrictive level of its COVID-19 Winter Plan.

Level 3 is similar to what the province went through at the beginning of the pandemic in March 2020, where only essential retailers can remain open, spas, gyms, entertainment centres are closed, restaurants can only do takeout and residents can only socialize with their own household.

The threshold to reach Level 3 is 100 people being treated in hospital, or 50 people in intensive care. Currently, the province is in Level 2.

“What is being done to ensure our health-care system will be able to handle what’s coming based on what we’ve seen elsewhere,” asked New Brunswick Liberal Leader Roger Melanson, during a news conference Monday.

Melanson wonders if moving to Level 3 could alleviate some of that pressure on the system.

“The government should implement the Level 3 measures to limit public gatherings to slow the spread of COVID in communities with major outbreaks,” he said in a news release. “This will reduce community spread and should ease the pressure on our hospitals, enabling students to return to school more quickly.”

Coon said he’s particularly concerned about the situation in Saint John and Moncton regions, where active case counts are at least 3,176 and 2,152 respectively.

Horizon Health said Monday 136 of its workers are off work after testing positive for the virus – but none of its hospitals are over capacity. However, Fredericton’s Chalmers Hospital in Fredericton is close, at 98 per cent capacity.

On Sunday, 201 PCR tests revealed positive results – much lower than what was being reported last week. That’s due to new testing protocols that only see those over 50 have access to a PCR test. The rest must rely on rapid screening tests.

Health Minister Dorothy Shephard said about 3,800 positive rapid tests have been reported to the province since the online portal was launched Jan. 5.

B.C. reports 7 deaths since Friday, another big jump in hospitalizations