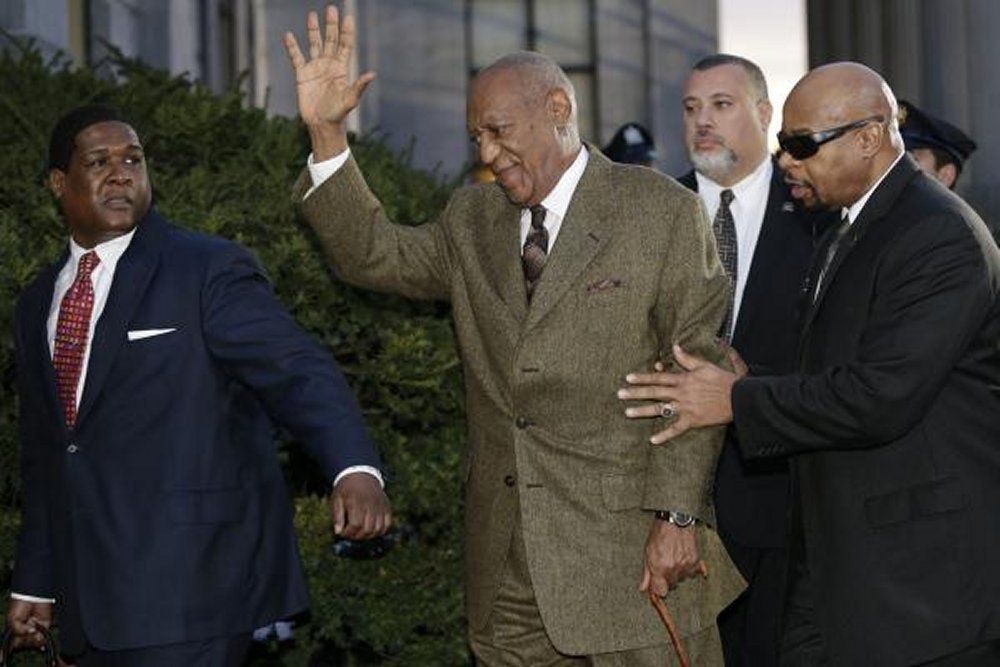 A judge ruled Monday that prosecutors can use a deposition Bill Cosby gave in 2005 against the disgraced comedy legend in his current criminal sexual assault case.

Montgomery County Judge Steven O’Neill ruled Monday that the deposition Cosby gave in a civil case brought by Andrea Constand, who has accused Cosby of drugging and sexually assaulting her at his home in 2004.

Criminal charges against Cosby were filed in Montgomery County in 2015 after the deposition, where Cosby seemingly admits to a decades-long scheme of drugging and assaulting women, was made public. Prosecutors say they would like to use the video to establish a pattern of assault dating back to the 1960s.

Cosby’s attorneys attempted to prevent use of the deposition by suggesting there was an agreement between Cosby and prosecutors in that case not to charge him criminally — an agreement that may not exist.

“Because there was no promise, there can be no reliance on the part of the defendant and principles of fundamental fairness and due process have not been violated,” O’Neill wrote in the ruling. “This court finds there is no Constitutional barrier to the use of the defendant’s civil deposition testimony.”

Andrea Constand accused Cosby, who she saw as a mentor, of drugging and abusing her at his home in 2004. During the civil case, Cosby agreed to give the deposition based on what he said were promises from the district attorney at the time, Bruce Castor, to never prosecute Cosby on sex assault charges.

That promise, according to Castor, was made to Cosby and mentioned in a press release as a method of preventing Cosby from invoking his Fifth Amendment right to avoid self-incrimination during the deposition.

Because there was no formal non-prosecution agreement, however, there was never any deal, said current district attorney Kevin Steele, adding that the kind of immunity Cosby thought he’d been granted can be given to a witness, but not a potential defendant.

In portions of the deposition unsealed in 2015 after a lawsuit by media organizations, Cosby admits to sexual contact with at least five women who were not his wife and giving prescription drugs to women he wanted to have sex with.

Cosby also admits on the tape that he developed the “mentor” relationship with Constand on the way to developing a romantic one, which was what he was really after.

In addition to using the deposition to show Cosby’s habits with women, prosecutors have asked O’Neill to allow 13 women who have accused Cosby of actions similar to those Constand accuses him of. The judge has yet to make a decision on the request, but a hearing is scheduled for Dec. 13.

A dinosaur trove in Italy rewrites the history, geography, and evolution of the ancient Mediterranean area