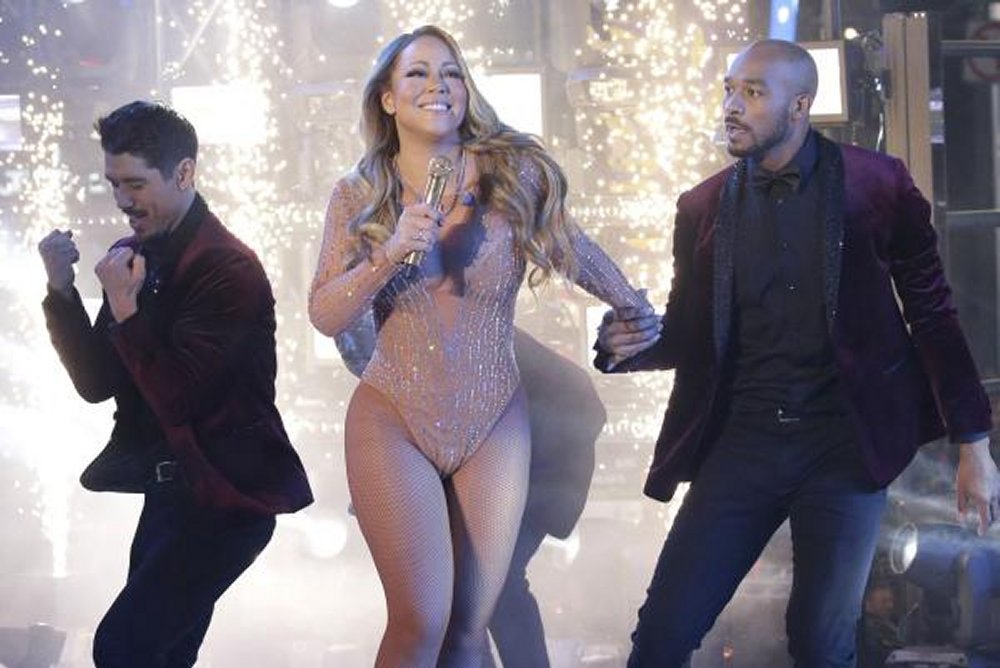 Mariah Carey’s performance in Times Square on New Year’s Eve was marred by technical difficulties and frustration meaning the pop star did very little actual singing during the high-profile event.

The Hollywood Reporter said a vocal track malfunctioned and tripped up Carey during her set for Dick Clark’s New Year’s Rockin’ Eve.

“I’m trying to be a good sport here,” Carey said, adding that her vocal track was missing and she couldn’t hear through her earpiece.

To fill the void, she invited the audience sing along with the music.

As the technical issue continued and her dancers kept going, bits of pre-recorded songs could be heard in the background, but Carey, for the most part, did not sing along.

She paced across the stage, eventually stating: “It is what it is. … It just don’t get any better” before leaving the spotlight, CNN said.

“[Expletive] happens,” she later tweeted. “Have a happy and healthy new year everybody! Here’s to making more headlines in 2017.”