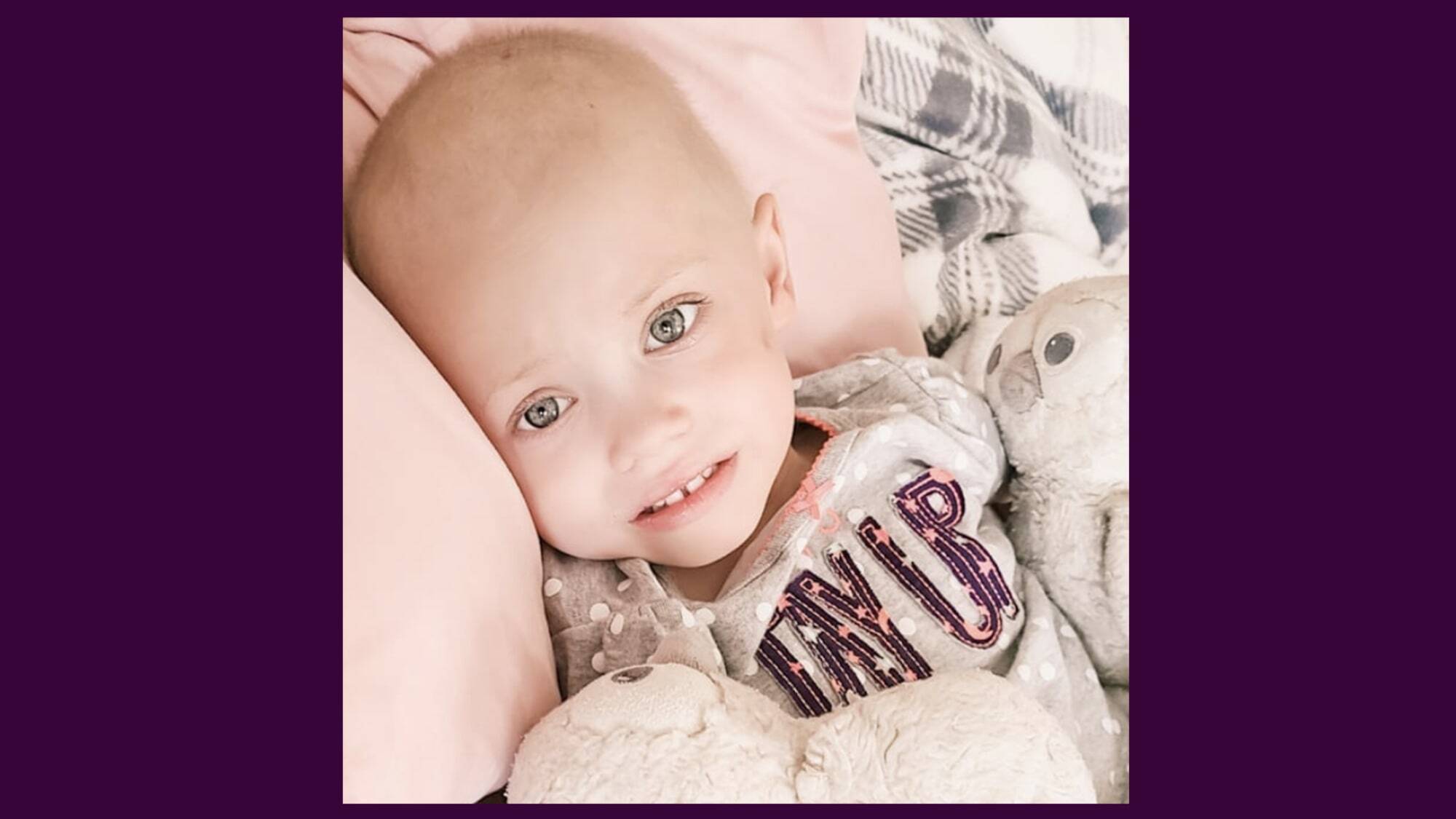 Ohio social media influencer Kate Hudson and fiancé, Chance Moore, are mourning the death of their daughter, 2-year-old Eliza Adalynn, after her long cancer battle, which was chronicled on the couples’ viral TikTok account.

Hudson announced the news Monday to her Instagram page.

“My sweet baby girl. I don’t know how we will go on without you. I know we promised you we would we brave, just like you,” Hudson captioned a black-and-white photo of Eliza holding a stuffed animal. “I thought that because we knew you were dying, that your death would not feel so sudden. But it did. I wasn’t ready to see what I saw.

The grieving mom shared that Eliza died on Sunday, June 20 — Father’s Day — and she woke up today looking for her daughter.

“I woke up this morning, still half asleep, and reached for your hand,” Hudson wrote. “But you were not there. You left last night. In a van that took you away. I wanted to run after you. But I couldn’t. I have to accept this new reality…but I am not ready to let you go. I don’t think I ever will be ready to move on.

At 10-months-old, Eliza was diagnosed with a rare and aggressive cancer known as Rhabdoid tumor, which is a type of tumor made from many large cells.

“The last CT scan revealed 8 nodules in her right lung. Eliza’s surgery and oncology team informed us that the next step would be to resect as many nodules as possible then hit the right lung again with ablative radiation,” Moore wrote on a GoFundMe page. “However, there weren’t 8 nodules the surgeon saw when she got to the lung. There were thousands. Thousands. Thousands of tumor “seeds” that had completely obliterated her right lung and had spread over her heart and down into her diaphragm.”

In early June, Hudson posted to Instagram that she and Moore were forced to begin thinking about their daughter’s funeral.

“We talked about caskets, the viewing, burial or cremation, funeral homes, embalming as opposed to keeping her body in ice, and what happens to the body and the soul after our physical body stops functioning,” she wrote in an emotional caption, “These are all excruciating, devastating topics no parent should ever be faced with…”