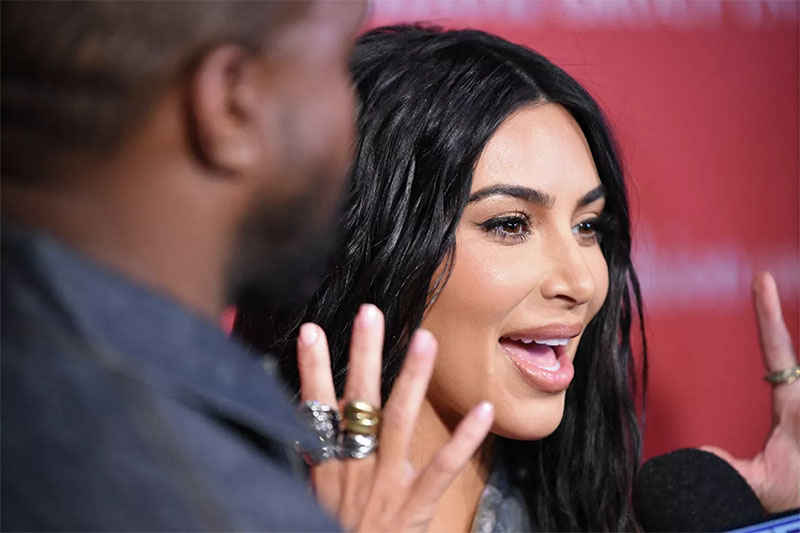 The unofficial leader of the Kardashians clan arrived in New York City on Saturday ahead of the legendary Met Gala as her estranged husband Kanye West harvests reactions from his DONDA brainchild.

Kim Kardashian has taken it to a new level as she paraded the NYC streets on Saturday sporting a kinky Balenciaga look, zipping up from head to toe in a kindly reminder to Kanye West.

The Keeping Up With the Kardashians star apparently decided that it was time to show less skin and more leather with her zentai-like fetish mask.

Accompanied by her sister Kourtney Kardashian and Travis Barker, mom Kris Jenner and her partner Corey Gamble, the mother of four stepped out of a black SUV to casually display her sparkly Balenciaga bag in ensemble with a black leather trench and thigh-high boots.

But it was 40-year-old Kim’s face mask that gave energy of Kanye West, the father of her four kids, who recently went all DONDA in public outings, covering his face in a similar fashion (with less kinky vibe though).

Kim shared few photos from the moment alongside a thought-provoking knife-emoji. Many fans just couldn’t keep it together.

It runs in the fami…. 🤣 pic.twitter.com/JbyHX6UgDa

How Kanye gon feel that Kim stole his style😂💀 pic.twitter.com/iE6p4si3n2

Kim, who was spotted donning a Balenciaga wedding dress for Kanye’s DONDA listening party, filed for divorce from the rapper in February, but the two spent quite some time during his protracted production of a new album. Sources say the influencer is not in a rush to divorce her long-time beau, despite his recent public meltdowns.