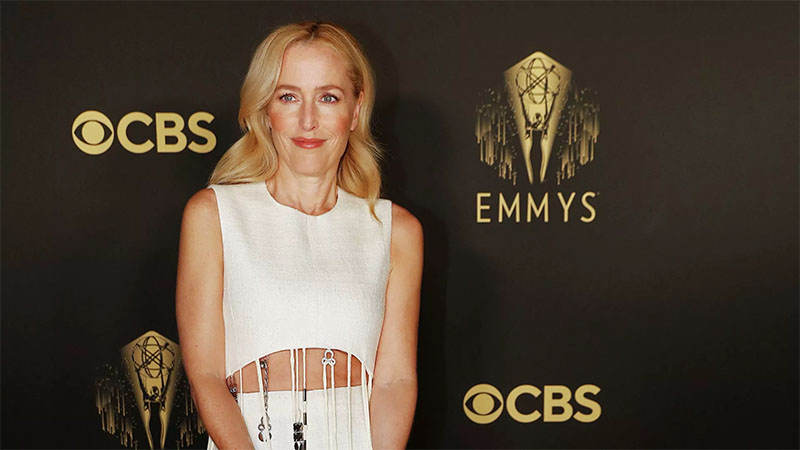 A “limited audience of nominees and their guests” were allowed to attend the ceremony in real life, after last year’s Emmys were held virtually due to the ongoing COVID-19 pandemic.
The 73rd Primetime Emmy Awards ceremony was held in Los Angeles on Sunday evening, paying tribute to the best television programs today.

“Game of Thrones” actress Hannah Waddingham and Brett Goldstein won Emmies for Best Supporting Actor in a Comedy Series, while Jason Sudeikis took the award for Outstanding Lead Actor, all for “Ted Lasso”.

“Ted Lasso” is considered one of the top favorites for this year’s ceremony. The series tells the story of an American football coach (played by Sudeikis) who moves to the UK to lead a troubled team playing European football, which is new to him.

American Horror Story’s star, Evan Peters, took an Emmy for Supporting Actor in a Limited Series for crime drama “Mare of Easttown,” where he played alongside Hollywood star Kate Winslet as the title character.

Another favorite of the night, “The Crown”, took home the Emmy award for Outstanding Drama Series.

“So first I want to say thank you to Peter Morgan for creating this role and to Netflix for everything. Everything,” the actress stated.

It is the second Emmy for Anderson, who won Outstanding Supporting Actress in a drama for her role of FBI Special Agent Dana Scully in The X-Files, back in 1997.

Her colleague on the set, Tobias Menzies, won Best Supporting Actor. He played Prince Phillip in the series.

A writing Emmy for a comedy series went to “Hacks”, with its director Lucia Aniello also winning the award for her job. And this year’s Outstanding Lead Actress award was taken by “Hacks” star Jean Smart.

Is that a standing ovation for Jean Smart? Why, yes. Yes, it is. ❤️ #Emmys #Emmys2021 pic.twitter.com/R2JZPpgNB5

Debbie Allen, who previously served on the President’s Committee on the Arts and Humanities, obtained the Governors Award on Sunday. Allen has been nominated for an Emmy Award 20 times in her career, winning five awards.

She was also awarded a Golden Globe Award and has a star on the Hollywood Walk of Fame.

The Emmy for directing for a limited or anthology series or movie went to Scott Frank for “The Queen’s Gambit.”
The series took the Emmy for Outstanding Limited Series.

Ewan McGregor took an Emmy for Outstanding Lead Actor in a limited or anthology series or movie for his role in “Halston”.

EWAN MCGREGOR HAS WON THE #EMMY FOR BEST LEAD ACTOR IN A LIMITED OR ANTHOLOGY SERIES pic.twitter.com/NmT72k7CYs