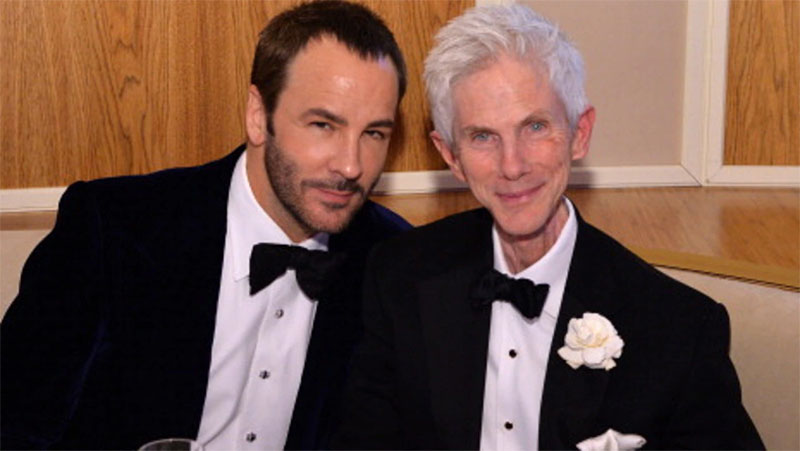 The Sun reports that Buckley passed away from “natural causes” at the home he shares with Ford, 60, on Sunday night.

A statement said: “It is with great sadness that Tom Ford announces the death of his beloved husband of 35 years, Richard Buckley.

“Richard passed away peacefully at their home in Los Angeles with Tom and their son Jack by his side.”

The fashion designer met Ford at a show in 1986 with the pair tying the knot in 2014 after same-sex marriage was legalised in the US.

Speaking about the moment he met his husband, Buckley said previously: “Our eyes locked and within a month we were living together.

“We have been together ever since.”

The couple welcomed a son via surrogacy in 2012.

Before embarking on a career as a designer, Buckley was a fashion journalist at New York Magazine.

Stella McCartney, who is also godmother to the couple’s child, Jack, led the online tributes.

“He was such a beautiful spirit,” echoed Christensen.

“Aww very sad news indeed, I didn’t know him well but the few times we met, he was just as you describe, kind, gentle and compassionate. My heart goes out to Tom and the family,” wrote Sherman.

Delevingne posted three heart emojis, including one that was broken.