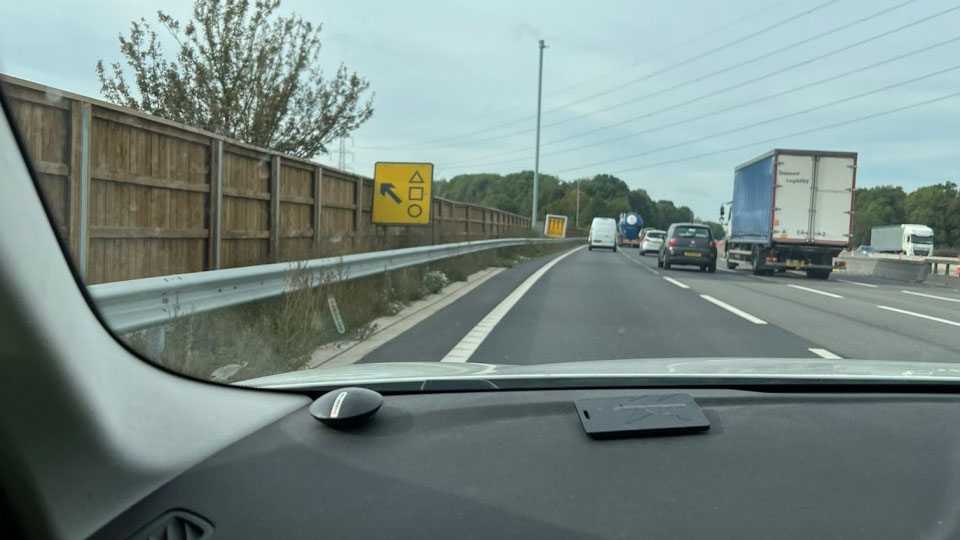 A police force in the United Kingdom is reassuring drivers that a new road sign displaying symbols similar to that of the Netflix’s sensation “Squid Game” will not take drivers to a real-life version of the show.

Thames Valley Road Policing took to Twitter on Monday to confirm that the rather obscure sign, at Junction 5 of the M4 motorway near the town of Slough in Berkshire, will not lead fans to the popular TV series.

“It’s just directions for diversion routes during the roadworks…phew!” the police force said in a tweet, along with a photo of the sign showing a triangle, square, and circle in a vertical formation.

In the Netflix show, a card depicting a circle, triangle, and square is used as an invitation to the potentially deadly Squid Game.

The South Korean dystopian horror series is about indebted people trying to win cash by competing in fatal versions of popular children’s games such as “red light, green light” and tug of war.

The hit series became Netflix’s biggest launch ever on Wednesday, beating out “Bridgerton” for the top spot.

The streaming services says the show has been viewed by 111 million accounts since debuting on Sept. 17.

So, We can confirm that by following this signage from the M4 Junction 5 in @TVP_Slough will not lead you to the popular @netflix series #SquidGame