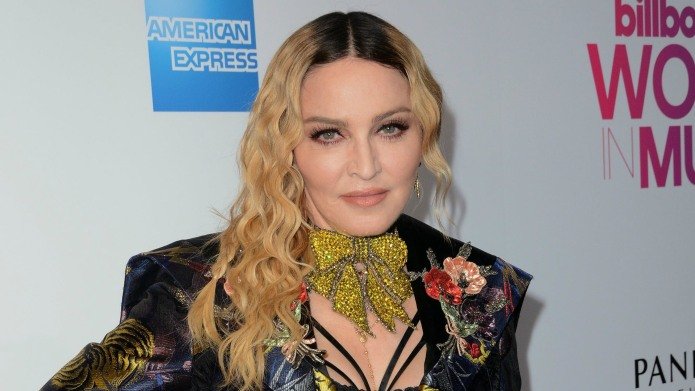 Someone just give Madonna the 2017 award for being the saltiest shade-throwing celeb.

On Tuesday, Universal announced that it had picked up the rights to the Madge biopic Blond Ambition, and it’s clearly unauthorized, because it took Madonna about three whole seconds to head to Instagram and slam the film.

First, she posted a very ’90s pic of herself with the caption, “Nobody knows what I know and what I have seen. Only I can tell my story. Anyone else who tries is a charlatan and a fool. Looking for instant gratification without doing the work. This is a disease in our society.”

Later, in a second post that has since been deleted, she attacked the script — specifically, the part where she appeared on American Bandstand in 1984. The script has Madonna telling host Dick Clark, “I was born in Detroit, and I’m a famed high school dropout.”

In her Instagram caption, Madonna wrote,  “I was born in Bay City Not Detroit. And i did not drop out of high school in fact I went to University Of.Michigan. Why would Universal Studios want to make a movie about me based on a script that is all lies?? The Writer Elyse Hollander should write for the Tabloids. Anyone who supports this film is supporting lies and exploitation. Lies have no legs!!”

It’s true that Madonna graduated from high school in Bay City — in fact, she was a straight-A student who graduated a semester early, according to the Huffington Post. What’s also true is that Madonna told the real Dick Clark, in real life, that she was born in Detroit and that she dropped out of high school. In fact, the IRL line was pretty much exactly what was written in the biopic script. We know that because the internet is a place of receipts.

Even though Madonna clearly realized her fuck up and deleted the post, it didn’t stop her from posting again to throw shade at pretty much everyone involved in the biopic, complete with all of the snake emojis.

And that’s officially all the salt we can handle this year. Low-sodium for the rest of 2017, thx.