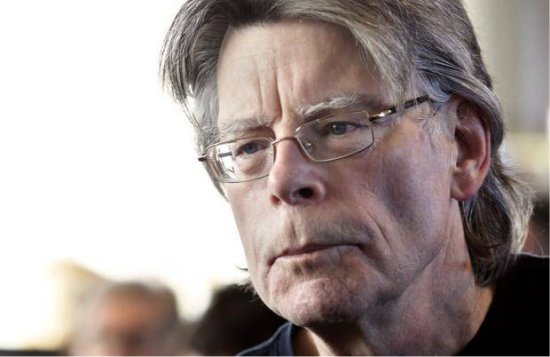 The literary world is not a big fan of Donald Trump, in particular, Stephen King and J.K. Rowling, both of whom have been particularly vocal about their opposition to the U.S. president on Twitter.

But that platform may be a little tougher for King to utilize with news that Trump has, actually, blocked the popular author from interacting with his account.

Yes. The president has blocked Stephen King on Twitter. You read that correctly.

On Tuesday, King shared the news, tweeting, “Trump has blocked me from reading his tweets. I may have to kill myself.”

In the past, the writer has referred to the president as “Trumpty-Dumpty,” a “bad-tempered asshole” and a “rabid coyote with bad hair,” and compared him to Cthulhu. But we can surmise that Trump’s tipping point finally came when King last tweeted, “If Ivanka Trump had grown up in farm country, like some of us, she’d know her father is reaping exactly what he sowed.” And then this follow-up: “Trump’s cabinet offers a postgraduate-level course in ass-kissing.”

Fortunately, Rowling flew in to the rescue, tweeting to King, “I still have access. I’ll DM them to you.”

As readers and fans went into hysterics at their beloved authors bonding, King found his chill and responded, “Thanks. Maybe it’s a hoax. I’m good either way. I’ll always have Pence, hahahaha.”

He later tweeted, “Blocked! Condemned to an existential wasteland of Trumplessness!