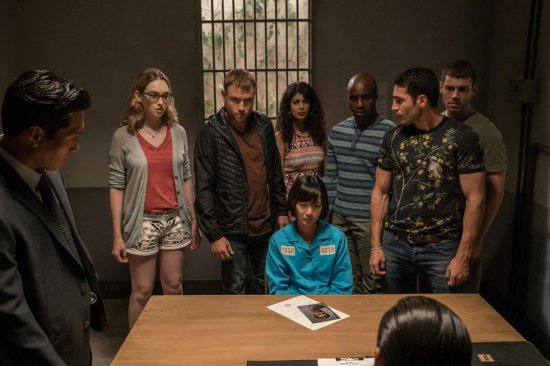 After getting canceled by Netflix at the beginning of June following the release of its second season, Sense8 is now getting a last-minute stay of execution in the form of a two-hour special. It will air in 2018, as announced through a letter from creator Lana Wachowski on the show’s Facebook page. 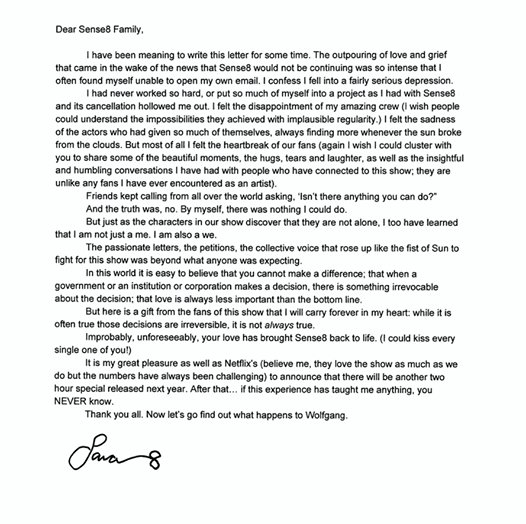 The news is particularly unexpected given that Netflix previously posted a response to the multitude of fan campaigns a week after the cancelation apologetically stating, “We’ve thought long and hard here at Netflix to try to make it work but unfortunately we can’t.” The show was praised for its incredibly diverse cast of characters, but the multiple-location conceit meant that Sense8 was also one of the most expensive shows on television: some estimates were putting it at $9 million per episode, which may have contributed to the cancelation.

It’s unclear what exactly has changed in the intervening weeks to bring back Sense8 for a final episode, but fans of the show that were disappointed by season 2’s cliffhanger should at least take solace in the fact that there will be some kind of closure on the series.