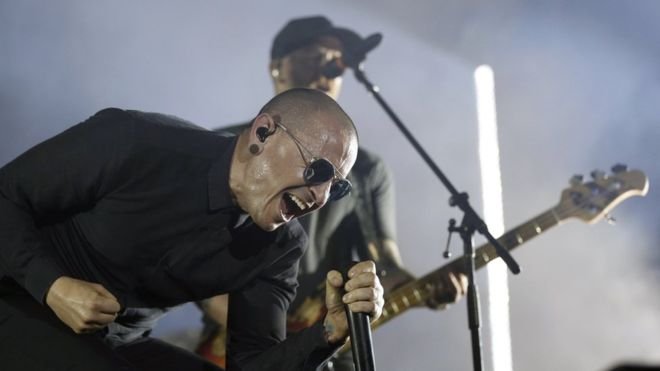 The coroner said Bennington apparently hanged himself. His body was found at a private home in the county at 09:00 local time (17:00 GMT) on Thursday.

Bennington was said to be close to Soundgarden vocalist Chris Cornell, who took his own life in May.

Formed in 1996, Linkin Park has sold more than 70 million albums worldwide and has two Grammy Awards.

The band had a string of hits including Faint, In The End and Crawling, and collaborated with the rapper Jay-Z.

Its album Meteora topped the Billboard 200 chart in 2003 and is regarded as one of the biggest indie rock records of all time.

Bennington leaves a wife, and six children from two marriages.

He is said to have struggled for years with alcohol and drug abuse, and has talked in the past about suicide as a result of being a victim of abuse as a child.