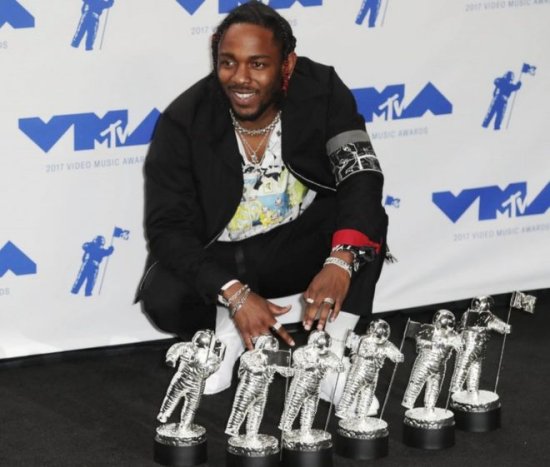 He won best video of the year for Humble, as well as best hip-hop artist, after opening the awards ceremony with a live performance.

Ed Sheeran – who won artist of the year – was live on stage with rapper Lil Uzi Vert, but Taylor Swift was a no-show.

Fans had to be content with the premiere of her new video Look What You Made Me Do.

The video shows the 27-year-old singer emerging from a tomb and declaring her old selves dead.

Within an hour, nearly 500,000 people had watched the video on YouTube.

The show was hosted by Katy Perry, who wrapped up the evening by performing her single Swish Swish with Nicki Minaj.