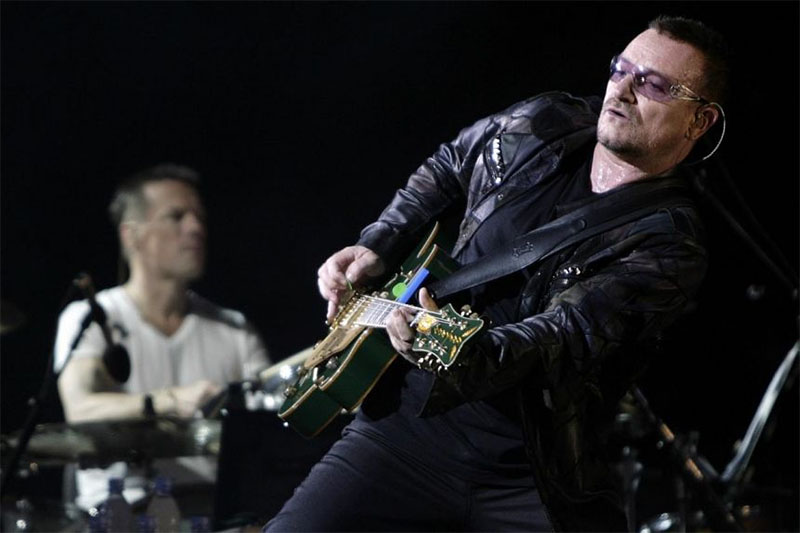 Mixed blessings for U2 heads. The band just released its first new music in three years, a single on the Sing 2 soundtrack. We all remember Sing, right? It’s the 2016 jukebox CGI musical where stars like Matthew McConaughey, Taron Egerton, Reese Witherspoon, and Seth MacFarlane sing 60+ hits from yesterday and today.

The Nick Kroll and Reese Witherspoon version of “Shake It Off” plays approximately every 20 minutes on the Universal Studios Starway (the 4-story escalator that gets you from one part of the park to another). Anyway, Sing 2 was announced in 2020, with the additional information that Bono would voice a character or sing in an animated movie. U2 previously provided their voices for the 200th episode of The Simpsons, season 9’s “Trash of the Titans.”

Bono is playing Clay Calloway, a reclusive lion who gave up the rock and roll lifestyle. Sing 2 will also include covers of three U2 songs (per Deadline): “Where the Streets Have No Name,” “I Still Haven’t Found What I’m Looking For,” “Stuck in a Moment You Can’t Get Out Of” (which is about the death of Michael Hutchence and therefore a completely buckwild choice for a kids movie but ok). Watch a cartoon porcupine sing about suicide when Sing 2 comes out Christmas Day.