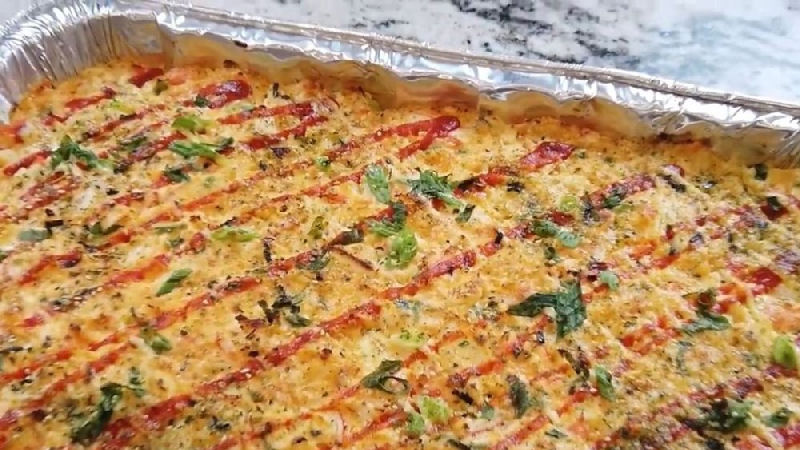 There’s a new quarantine dish that involves sushi, but we don’t expect to see it — at least in its current form — at New York’s Masa (with its $800 takeout box) or at Tokyo’s Sukiyabashi Jiro anytime soon. Everyone, meet the sushi bake, the latest quarantine food trend to sweep the Philippines, which has been under a general quarantine since mid-March.

Sushi bakes are deconstructed sushi rolls which have been baked in a casserole, with layers of vinegared sushi rice, crab sticks, salmon, and fish roe or tobiko, and devoured by scooping the concoction into a sheet of nori seaweed. From the look of things, the idea of baking sushi in a casserole seems to have come from Hawaii, where folks also came up with the poke bowl and spam musubi (a type of sushi whose main “protein” is… spam). One Hawaiian food blogger even offers up a vegan version of the sushi bake, which swaps out the imitation crab for tofu.

Sushi bakes have been around for a while 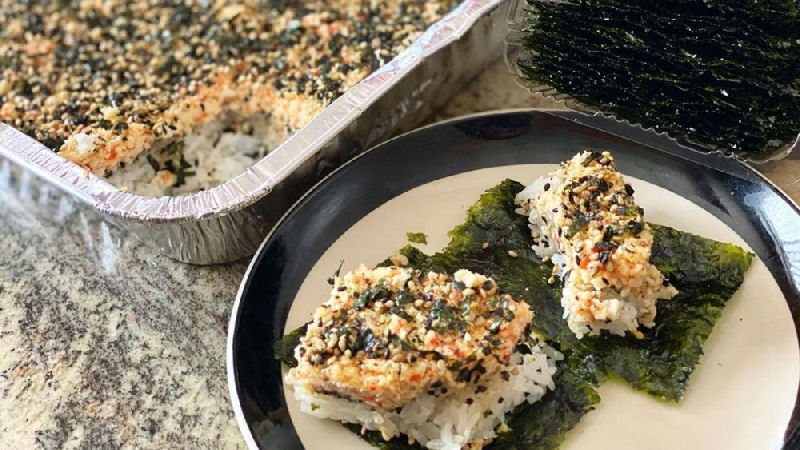 The idea of turning the delicate bites of raw fish into a bake seems to have been around for sometime now, but Vice says the trend could have started in the Philippines with celebrity nail artist Mimi Qiu Reyes. She wrote on Instagram, “5yrs ago, i was able to create a treat that i thought would be loved by many due to its fun, and tummy filling nature. A creamy delight that would be perfect for all ages. A dish that could be the centerpiece of any celebration. A dish that spells happiness. A taste like no other. A concept born in California, tweaked and perfected by my palette.”

The appetite for sushi bake has spawned a small industry for those who enjoy the baked treat, but don’t want to make it themselves. And as with frog bread, sourdough loaves, and whipped coffee, it just took a few quarantined, enterprising souls to scour social media to find a new twist to what most people probably already consider to be the perfect food. 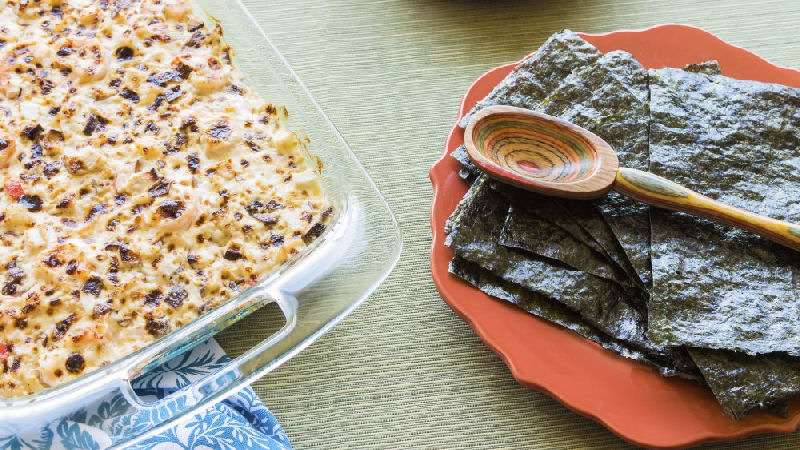 If you’re a purist and don’t think sushi should be baked under any circumstances, the internet also serves up recipes for sushi casserole, which is not baked. One of the earliest recipes dates to 2013 from the blog What About This by Linnell Chang. The casserole begins with a layer of sushi rice, then a layer of imitation crab, which has been tossed in mayonnaise and sour cream, and on top of that goes smoked salmon, shrimp tempura, avocado slices, and cucumber before it all gets drizzled with sriracha mayo. To consume, you scoop up the contents of the casserole and serve on a square of roasted nori seaweed, just like the bake. Chang admits to feeling embarrassed by the idea of sharing a sushi casserole recipe after watching Jiro Dreams of Sushi, and we have to admit, we’d probably feel the same way, too. But that doesn’t mean it’s not delicious.

Top food trends in Paris during the pandemic: Lebanese manousheh and the Armenian manti