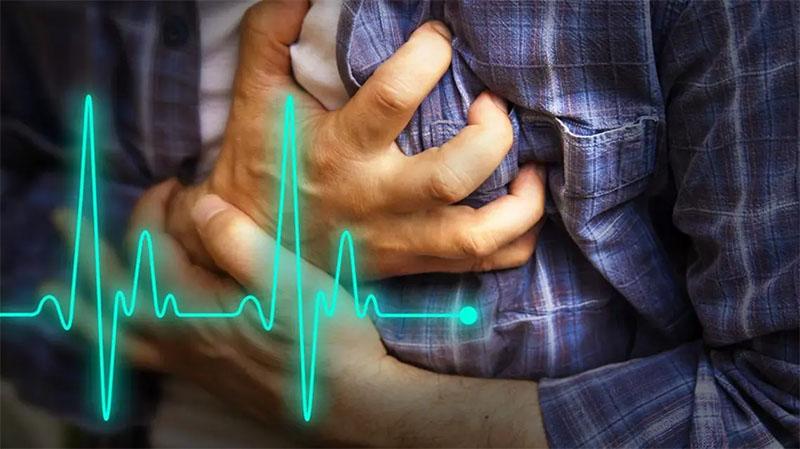 More than half of residents in the United Arab Emirates have been affected by heart disease during their lifetime, according to a new study of thousands of people across the country.

The survey of more than a thousand UAE residents revealed that 55 percent of respondents had been directly affected by heart disease, either through being diagnosed themselves (12 percent), having a close friend or family member diagnosed with heart disease (53 percent), or both.

The survey was commissioned by Cleveland Clinic Abu Dhabi ahead of World Heart Day on September 29.

Cardiovascular disease is the leading cause of death in the UAE, with symptoms in patients often occurring a decade earlier than their counterparts in other developed nations.

“These results make clear the tragic impact that heart disease has on our community. Each and every heart disease diagnosis ripples out from the patient to their family and friends, naturally causing a great deal of anguish for all concerned,” said Dr. Ronney Shantouf, a cardiologist at Cleveland Clinic Abu Dhabi.

Despite this high level of awareness, 53 percent of UAE residents reported they have not had their heart health checked for more than two years, with almost one third (30 percent) saying they had never done so.

Even among residents over the age of 45, the highest risk group surveyed, 49 percent had not had a heart health checkup for more than two years, with 22 percent still never having had one.

Women were much less likely to have seen a doctor about their heart health, with 35 percent never having done so and 26 percent not having a checkup for more than two years.

“It is very concerning that despite the tremendous strain heart disease places on our community and the high level of awareness we see, people are still reluctant to visit the doctor and take steps to prevent heart disease,” said Dr. Shantouf. “It is vitally important that people visit a doctor, particularly if they are at higher risk.”

“A proper cardiac evaluation along with some simple, heart healthy lifestyle changes could not only prevent a great deal of pain and anguish for yourselves, but your friends and family.”

While the majority of respondents have not had a heart health checkup in recent years, just 15 percent reported they did not have any risk factors for heart disease. The most common risk factors reported by those surveyed were high blood pressure (46 percent), stress (45 percent), cholesterol (44 percent) and lack of exercise (44 percent). In addition, obesity and diabetes, conditions closely linked to severe heart disease, were reported to affect 35 percent and 30 percent of those surveyed respectively.

Earlier this month, Al Arabiya English reported how doctors in the UAE are warning about a rise in young people suffering from cardiovascular disease, with half of heart attack patients aged under 50.