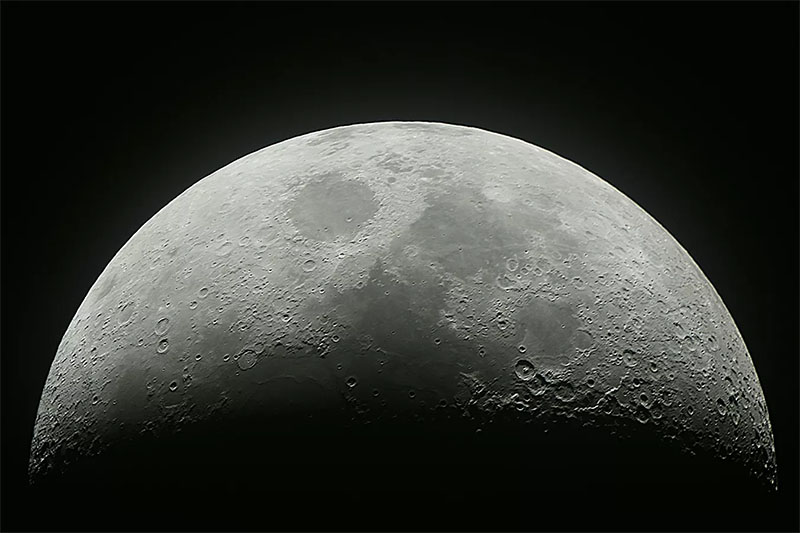 One hypothesis concerns the amount of sunlight that is reflected from the moon around the time when people usually go to bed. Men’s brains are suggested to be more receptive to ambient light conditions than women’s.

Men’s sleep seems to be affected more than women’s by the moon’s cycle, a study conducted by researchers at Uppsala University has indicated.

While many men sleep worse during the waxing stage of the moon, women’s sleep was largely unaffected, the researchers concluded, having studied the quality of sleep of 492 women and 360 men who slept at home in their own beds.

To this end, they used polysomnography – a comprehensive test used to diagnose sleep disorders. Polysomnography records brain waves, the oxygen level in the blood, heart rate and breathing, as well as eye and leg movements.

The people whose sleep was registered were unaware of the researchers’ interest in the link to the moon’s movements that the researchers were interested in.

Men, but not women, exhibited lower sleep efficiency, and were longer awake after sleep onset on nights during the waxing period.

“We could see that men whose sleep was measured during the first phases of the moon had poorer sleep quality and woke up more often during the night compared with men whose sleep was measured during the waning phases of the moon. In women, sleep was largely unaffected by the lunar cycle. Our results were robust for adjustments for chronic sleep problems and sleep apnea,” Christian Benedict, associate professor and sleep researcher at Uppsala University, said in a statement.

According to researchers, a possible mechanism that can explain the moon’s effect on sleep is the amount of sunlight that is reflected from the moon around the time when people usually go to bed. As a recently published study suggested, men’s brains may be more receptive to ambient light conditions than women’s.

New therapy for babies can reduce likelihood of autism diagnosis by two-thirds: study