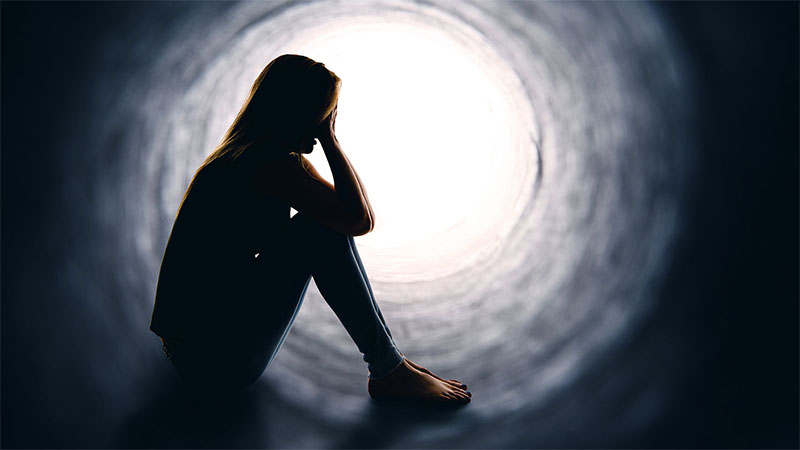 Treatment-resistant depression or TRD is exactly what it sounds like: a form of mental illness that defies effective therapy. It is not rare, with an estimated 3 million persons in the United States suffering from TRD.

In a novel study, published in the October 19, 2021 online issue of The Journal of Clinical Psychiatry , an international team of scientists led by senior author Zafiris J. Daskalakis, MD, PhD, professor of psychiatry and chair of the Department of Psychiatry at University of San Diego School of Medicine, investigated whether continued magnetic seizure therapy (MST) might effectively prevent the relapse of TRD, particularly in comparison to what is known about electroconvulsive therapy (ECT), the current standard of care but a method with mixed results and a controversial history.

ECT is a procedure, performed under general anesthesia, in which small electric currents are passed through the brain, triggering a brief seizure and changes in brain chemistry that reverse symptoms of some mental health conditions, most notably depression and mania.

ECT dates back to the 1930s. Early treatments involved high doses of electricity administered without anesthesia, resulting in memory loss, fractured bones and other serious side effects. Contemporary ECT uses much lower levels of electric stimulus in combination with anesthesia to avoid pain and muscle relaxants to reduce the physical dangers of a seizure.

ECT often works when other treatments are unsuccessful, but it does not work for everyone, and some side effects may still occur, such as confusion and memory loss. These concerns, and a lingering public stigma, have limited its widespread use.

MST is a different form of electrical brain stimulation, debuting in the late-1990s. It induces a seizure in the brain by delivering high intensity magnetic field impulses through a magnetic coil. Stimulation can be tightly focused to a region of the brain, with minimal effect on surrounding tissues and fewer cognitive side effects. Like ECT, MST is being studied for treating depression, psychosis and obsessive-compulsive disorder.

While ECT and, to a lesser degree MST, have both been shown in previous research to produce immediate benefit in treating at least some cases of acute or treatment-resistant depression, much less is known about whether continued MST might prevent relapse of mental illness.

In the latest study, the first of its kind, Daskalakis and colleagues investigated whether continued use of MST prevented a recurrence of treatment-resistant (unipolar) major depressive disorder or bipolar depression, which includes symptoms of mania.

One-third of the patients experienced relapse of depression or required psychiatric hospitalization, with no significant differences between those with unipolar and bipolar depression. However, the other two-thirds sustained improvements in depressive symptoms without any adverse cognitive effects.

The authors noted that the relapse rate for continued MST was lower than earlier research assessing one-time, acute MST: 33 percent compared to 50 percent. They also observed that those that had suicidal ideation improve with acute MST had sustained resolution of these symptoms throughout the course of continuation MST. Most neurocognitive tests showed no significant differences during MST continuation. Indeed, verbal fluency improved. These results also show that additional MST treatments repeated over a long period of time continued to be a safe and tolerable procedure.

The study size was small, said the authors, but the findings encouraging enough to conduct larger clinical trials, especially in comparing the efficacy of MST to ECT.

Funding for this research came, in part, from the Temerty Family and the Grant Family through the Centre for Addiction and Mental Health Foundation and the Campbell Institute.

Related Topics:HealthMagnetsTRDTreating Depression
Up Next

COVID-19 brain damage is similar to that caused by strokes: Study