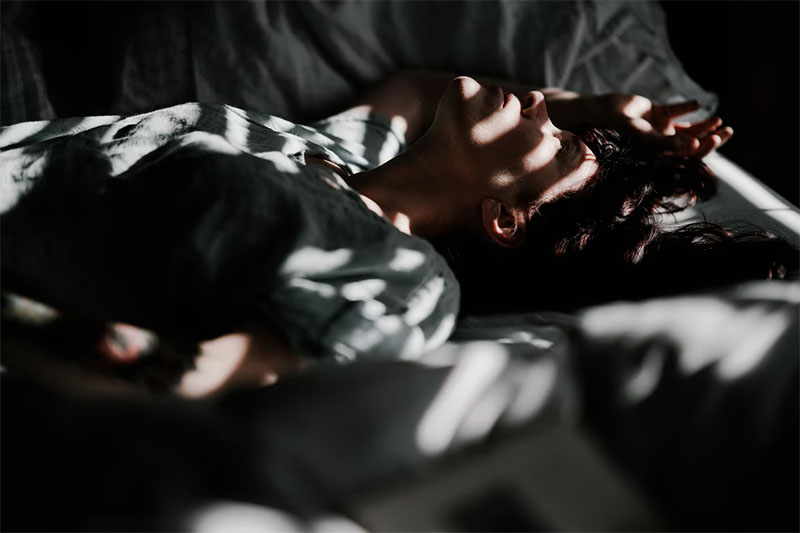 Insomnia may be a potential risk factor for a brain bleed from a ruptured aneurysm along with more well-known risk factors of smoking and high blood pressure, according to new research.

SAH is a type of stroke that occurs when a blood vessel on the surface of the brain ruptures and bleeds into the space between the brain and the skull.

“Ruptured aneurysms are highly fatal. It is, therefore, extremely important to identify modifiable risk factors that can help prevent aneurysms from rupturing,” said study author Susanna C. Larsson, PhD, associate professor in the unit of cardiovascular and nutritional epidemiology at the Karolinska Institutet in Stockholm, Sweden, and the unit of medical epidemiology at Uppsala University in Uppsala, Sweden.

Data from several genome-wide association studies were used to gauge genetic associations to lifestyle and cardiometabolic risk factors. Genetic information from a meta-analysis conducted by the International Stroke Genetics Consortium was used to identify nearly 6,300 cases of intracranial aneurysm and nearly 4,200 cases of aneurysmal subarachnoid hemorrhage.

Cases of intracranial aneurysms and subarachnoid hemorrhage were compared to over 59,500 controls to determine genetic predisposition for aneurysms. According to the analysis:1. A genetic predisposition for insomnia was associated with a 24 per cent increased risk for intracranial aneurysm and aneurysmal subarachnoid hemorrhage.

2. The risk for intracranial aneurysm was about three times higher for smokers vs. non-smokers.

3. The risk for intracranial aneurysm was almost three times higher for each 10 mm Hg increase in diastolic blood pressure (the bottom number in a blood pressure reading).

4. High triglyceride levels and high BMI did not demonstrate an increased risk for intracranial aneurysm and aneurysmal subarachnoid hemorrhage.

“The association between insomnia and intracranial aneurysm has not been reported previously, and these findings warrant confirmation in future studies,” Larsson said. “Our research supports the thinking that risk factors that people can change or manage may impact brain aneurysms and hemorrhage risk. Once confirmed, future studies should examine ways to incorporate this knowledge into prevention programs and therapies.”According to a 2016 American Heart Association scientific statement, Sleep Duration and Quality: Impact on Lifestyle Behaviors and Cardiometabolic Health, insufficient and poor-quality sleep and sleep disorders are linked to a higher risk of high blood pressure.

Study limitations included that there was not enough information to adequately analyze some of the risk factors. In addition, the analysis included only people of European ancestry; therefore, the findings may not be generalizable to people from diverse racial and ethnic groups.

The study was funded by the Swedish Research Council for Health, Working Life and Welfare funded the study. (ANI)