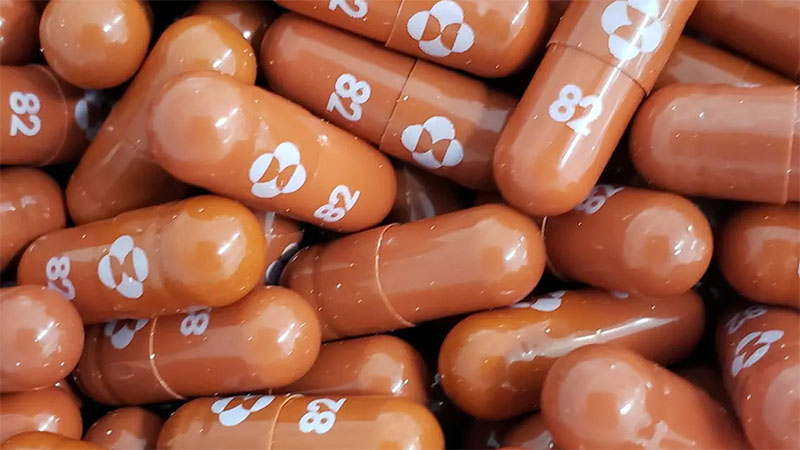 For a drugmaker licensed to produce Merck & Co.’s promising COVID-19 pill and sell Russia’s Sputnik V shot, Dr Reddy’s Laboratories Ltd. is surprisingly mellow about the rewards it expects from these medical breakthroughs even as virus waves continue to hit parts of the world.

“COVID-19 portfolios are going to be short-lived, G.V. Prasad, its co-chairman and managing director,” said in an interview at the company’s headquarters in the southern Indian city of Hyderabad.

“Life-cycles tend to be shorter, the opportunity will be very competitive, so I don’t see COVID medicines as a driver of profit.”

And this is despite Dr Reddy’s, one of India’s largest drugmakers, gearing to export Sputnik shots next year and expecting regulatory nod to produce Merck’s antiviral drug molnupiravir within weeks.

The reason: multiple licensees for the Merck drug will cap profits and manufacturing glitches for Sputnik have led to loss of precious time as the world’s second-most populous nation was ramping up its inoculation drive.

Even as oral COVID-19 pills from Pfizer Inc. and Merck are being hailed as game changers in the fight to curb the pandemic, generic drugmakers are getting a reality check that there may not be too much money on the table for them.

With nearly every country eager to secure a drug stockpile — the disease looks on course to becoming endemic — the mounting pressure to ensure drug access is forcing innovators to sign a bevy of production pacts.

Dr Reddy’s is one of five Merck licensees in India.

The agreement that was announced in end-April when the country was in the grip of a devastating virus wave, allowed these five generic drugmakers, including Cipla Ltd. and Sun Pharmaceutical Industries Ltd., to supply molnupiravir to India and more than 100 low- and middle-income countries.

The pessimistic forecast from Prasad comes soon after Pfizer said it will expand access to its COVID-19 pill to 95 low-to-middle income nations, also through the Medicines Patent Pool.

Pfizer said it will allow the treatment to be licensed to generic-drug manufacturers to churn out cheap versions — something India’s huge pharmaceutical industry is well equipped to do since it involves chemical techniques which are mature and well-established, unlike the exotic mRNA technology deployed in the American drugmaker’s COVID-19 vaccine.

To be sure, Dr Reddy’s surprised analysts with a 31 percent jump in its latest quarterly profit, padded in good measure by its range of coronavirus treatments including remdesivir. But that windfall is unlikely to be sustained, explained Prasad, as daily infections in India slip to less than 15,000 cases from a record high of over 400,000 cases in early May.

The country has also administered more than a billion vaccine doses, with more than half of its nearly 1.4 billion population receiving at least one shot. Recent antibody surveys are suggesting most Indians have been infected at some point.

“The pandemic has come down, the demand has come down and there are a lot of manufacturers because these companies gave licenses to multiple people,” said Prasad. “Treatment is evolving very fast.”

He declined to comment on the volumes Dr Reddy’s is looking to manufacture of Merck’s Covid pill but downplayed its earning potential in the longer run. “It will be an opportunity, but not a massive opportunity, Prasad said, adding “of course there will be initial stockpiling by governments and all that.”

Dr Reddy’s is also downbeat on Sputnik after it ran into widespread second-dose manufacturing challenges. Last year, the state-owned Russian Direct Investment Fund, or RDIF, chose the drugmaker to run distribution and Indian testing. The shot also gained local approval in April, but the production plan floundered soon after.

Despite RDIF signing deals with a handful of Indian manufacturers to produce hundreds of millions of doses a year for local and export markets, those targets have so far been missed.

Shortage of second doses from Russia forced India to send back “something like 2.7 million shots” because they ran past their six-month shelf life, Prasad said.