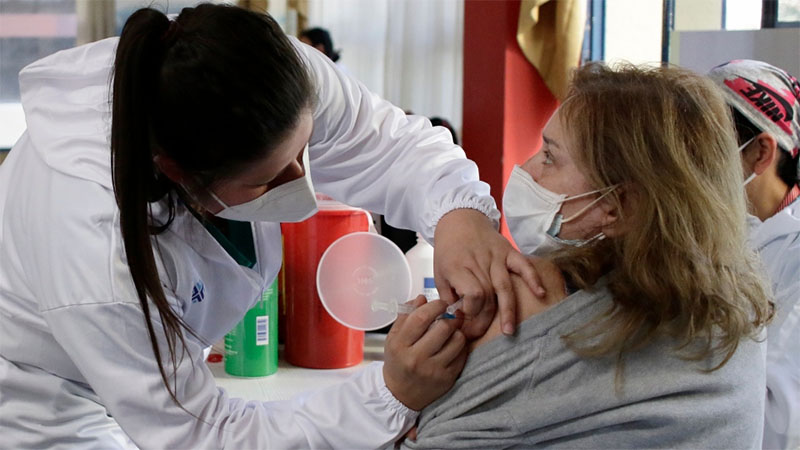 People who received one dose of a COVID-19 vaccine during a menstrual cycle had an increase in cycle length of nearly one day compared to those who were unvaccinated, according to a new study.

The increase in cycle length, a longer time between bleeding, did not result in any change in the number of days of menses, or days of bleeding.

Menstrual cycles typically vary from month to month, the researchers note, and the observed increase was well within the range of normal variability, which is eight days.

“It is reassuring that the study found only a small, temporary menstrual change in women,” Dr. Diana W. Bianchi, director of the Eunice Kennedy Shriver National Institute of Child Health and Human Development (NICHD), said in a news release. “These results provide, for the first time, an opportunity to counsel women about what to expect from COVID-19 vaccination so they can plan accordingly.”

The NICHD is part of the U.S. National Institutes of Health, which funded the study.

Menstrual changes in response to the vaccine wouldn’t be surprising, experts said back in April, because women have more robust immune responses to vaccinations.

The study, published in the peer-reviewed Obstetrics & Gynecology, analyzed de-identified data from Natural Cycles, a fertility tracking app where users can input information about their menstrual cycles.

Those who received two vaccine doses within the same menstrual cycle saw an average increase in cycle length of two days. This change, however, appeared to decrease in subsequent cycles, an indicator that any menstrual changes are likely temporary.

Of the 3,959 people included in the study, 2,403 were vaccinated against COVID-19 and 1,556 were not vaccinated. Among the vaccinated, 358 received two doses within a single cycle. Fifty-five per cent of those vaccinated received the Pfizer-BioNTech vaccine, while 35 per cent received the Moderna vaccine and seven per cent the Johnson & Johnson vaccine.

The study authors noted that additional research is needed to determine how COVID-19 vaccines could potentially influence other menstrual characteristics, such as associated symptoms, including pain and mood changes, and characteristics of bleeding, including heaviness of flow.