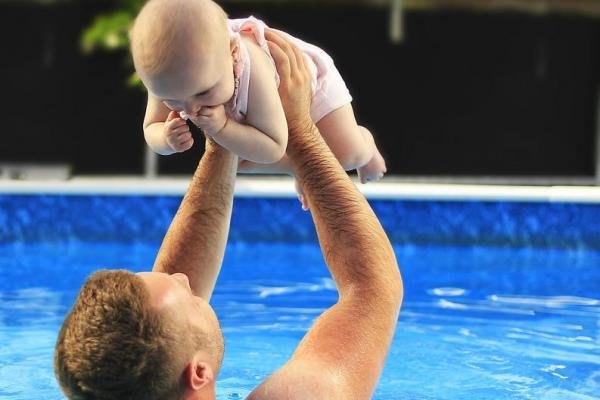 Fathers can have a significant impact on their babies cognitive development by engaging with them in the early months of life.

“Even as early as three months, these father-child interactions can positively predict cognitive development almost two years later, so there’s something probably quite meaningful for later development, and that really hasn’t been shown much before,” Paul Ramchandani, a professor in the Department of Medicine at Imperial College, said in a press release.

Researchers analyzed data on 128 fathers, accounting for factors such as income and age, and recorded videos of parents interacting with their babies, without toys, at three months and then when reading books to children at age 2.

They found a positive correlation between the amount of engagement between babies and fathers and how children scored on cognitive tests as toddlers. Fathers with more positive outlooks were more likely to have babies who performed better on the MDI scales of infant development regardless of the baby’s gender.

“Our findings highlight the importance of supporting fathers to interact more positively with their children in early infancy,” said Dr. Vaheshta Sethna, a researcher in the Institute of Psychiatry, Psychology and Neuroscience at King’s College. “Specifically, considering interventions which encourage increased father-infant engagement with shared positive emotions, and book sharing sessions supportive of cognitive development.”

The research team is now working on a trial based on helping parents with their interactions with their children and providing positive feedback in dealing with challenging behavior.

The study was published in Infant Mental Health Journal.

One in three drugs have safety concerns after FDA approval

Researchers cure diabetes in mice without side effects