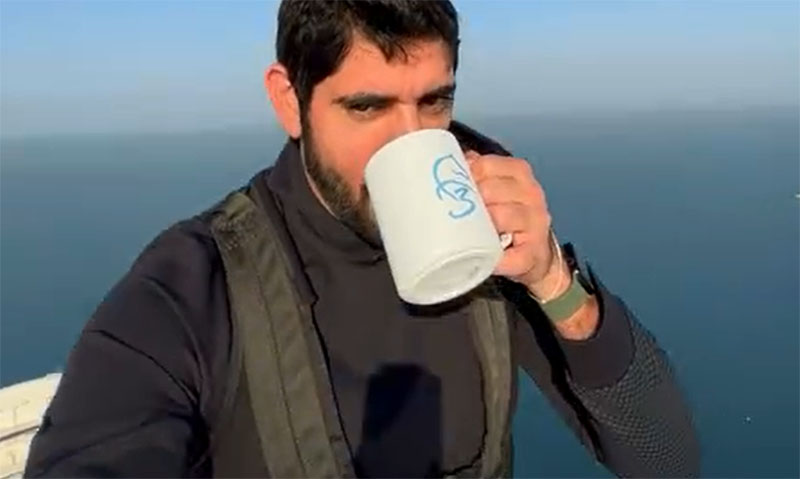 Dubai’s Crown Prince Sheikh Hamdan bin Mohammed bin Rashid Al Maktoum shared a video of himself sitting on top of an Ain Dubai pod as the world’s tallest and largest observation wheel prepared to open to the public on Thursday.

Sheikh Hamdan, also known as “Faz3” or “Fazza,” regularly shares photos and videos on social media of his adventures and travel.

In the latest Instagram reel, Sheikh Hamdan was seen sitting on top of a pod taking a sip of a drink while safely tied to what seemed to be a harness.

As the drone filming the stunt took off, a full view of Ain Dubai and the sea became visible as Sheikh Hamdan was sitting on top the highest pod.

The JBR skyline, the Dubai Palm, and Bluewaters Island were all also filmed in the video.

Sheikh Hamdan previously shared a video of himself as he scaled Burj Khalifa.

Standing at over 250-metres high, Ain Dubai, or the Dubai Eye, is the latest landmark to join Dubai’s long list of world record-breaking attractions.

The monument is aimed at strengthening Dubai’s global position as a key tourism hub. Visitors will be able to dine in sky, with the destination offering exclusive celebration packages and bespoke corporate and event offerings.