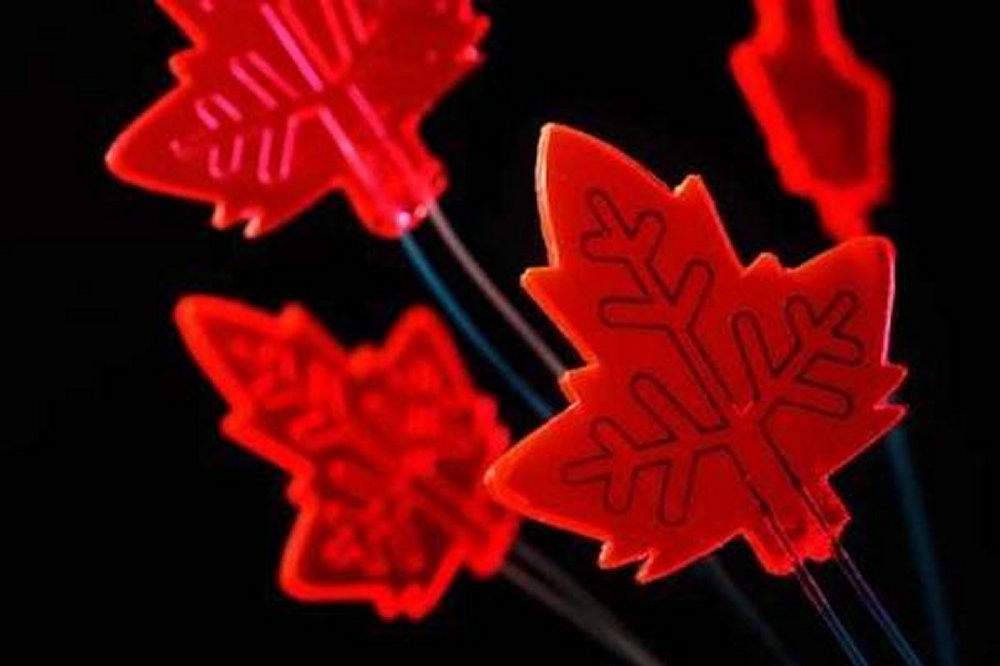 Researchers have found a way to make drugs using a sun-powered artificial leaf. The prototype reactor is inspired by real leaves, which turn sunlight into food through photosynthesis.

But researchers at Eindhoven University of Technology found a nature-inspired workaround made possible by a novel class of materials known as luminescent solar concentrators, or LSCs. Like leaves, the material concentrates sunlight. Instead of directing sunlight to energy centers, the light-sensitive molecules in LSCs convert sunlight into a specific color and conduct it toward its edges.

LSCs are already used to boost the performance of solar cells. Scientists at Eindhoven realized they could be used to trigger chemical reactions. They breakthrough came when researchers married LSCs with microchannels.

Scientists pumped chemicals through tiny channels in the leaf-shaped, silicon rubber LSC, bringing them into contact with the high concentration of light energy and generating a chemical-production reaction.

“Even an experiment on a cloudy day demonstrated that the chemical production was 40 percent higher than in a similar experiment without LSC material,” research leader Timothy Noel said in a news release. “We still see plenty of possibilities for improvement. We now have a powerful tool at our disposal that enables the sustainable, sunlight-based production of valuable chemical products like drugs or crop protection agents.”

“Using a reactor like this means you can make drugs anywhere, in principle, whether malaria drugs in the jungle or paracetamol on Mars,” Noel said. “All you need is sunlight and this mini-factory.”

First look at birthplaces of most current stars

Satellites help discover a jet stream in the Earth’s core