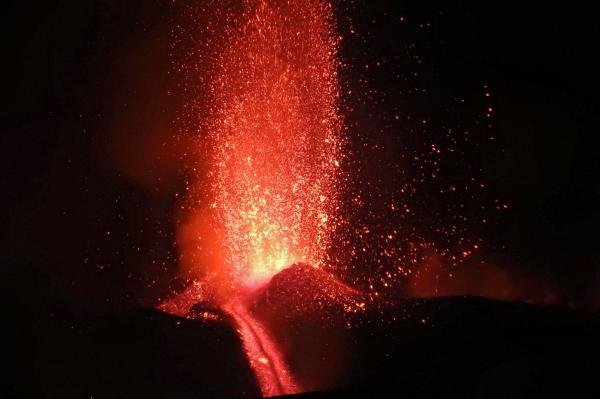 Europe’s most active volcano erupted in a fiery display of seismic power early Tuesday, sending bright orange flares of lava leaping into the darkness overnight as awed residents looked on.

Sicily’s Mount Etna continued to rumble for hours after its first eruption in more than a year. Lava poured over the side of the mountain and gave off a bright orange glow in the black of night.

Photos and videos of the event were widely circulated.

Skiers on the mountain, in fact, found themselves incredibly close to the action.

The 11,000-foot Mount Etna last erupted on Dec. 3, 2015. It is one of 16 “Decade Volcanoes” classified by the International Association of Volcanology and Chemistry of the Earth’s Interior as being worthy of study for their history of large, destructive eruptions and their proximity to populated areas.

SpaceX says it will fly civilians to the moon next year