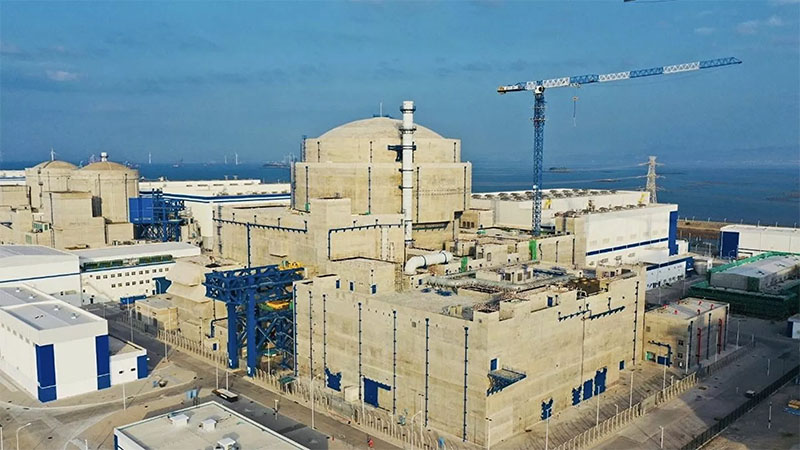 China might become the birthplace of a revolution in the atomic energy industry this September as the Chinese Academy of Sciences is planning to fire up an experimental nuclear reactor that uses molten salts as a coolant and thorium for fuel.

The experimental reactor, located near the town of Wuwei on the outskirts of the Gobi Desert, will only have a modest output of two megawatts, which is just enough to power around 1,000 homes. But, if it launches successfully, this tiny reactor might be the starting point for a new era where molten salt reactors powered by thorium might push its light water “colleagues” out of business.

The concept of such a reactor is not entirely new – the first was built back in the 1940s in the US at the Oak Ridge National Laboratory, but was shut down due to technological limitations that would have prevented its broader use. Modern alloys, materials, and technologies, however, might solve past challenges and hence several countries have restarted research into it, China included.

Their prime interest lies in the advantages that thorium molten salt reactors have – they theoretically might be both cheaper and safer to operate with a much smaller environmental footprint involved. The use of liquid fluoride thorium produces 20 times less transuranium elements, which often have very long decay times and can contaminate the area at radioactive burial sites for hundreds or even thousands of years. The thorium reactor is capable of reusing and reprocessing the few transuranics that emerge from the nuclear reaction leaving very little waste to be buried.

The leftover fissure waste has a half life of 30 years and will be rendered harmless in around 300 years versus thousands of years for the uranium-238 isotope – a transuranic produced in abundance by light water reactors.

Thorium is also available in abundance around the world and does not need enrichment, making it a less expensive nuclear fuel than uranium. In addition, there is currently no known way to turn thorium into a nuclear weapon, which solves the proliferation concerns. The molten salt reactors are also less prone to explosions since the coolant used in them is not kept under pressure, it produces no hydrogen and can partially self-regulate the chain reaction due to the salt mixture absorbing more neutrons as it heats up.

Aside from possibly being a source of cheaper energy, thorium fuel reactors might prove to be a solution to China’s environmental problems. The country currently produces the lion’s share of its electricity, 1,050 gigawatts, at coal plants, which have been creating air pollution problems for some time now.

The new type of reactors, if they are proven to be a reliable source of cheaper and safer energy, might replace those coal plants and reduce the country’s carbon output. This path correlates with the goal declared by President Xi Jinping of making China carbon neutral by 2060.

Cold Planets May Exist Throughout Our Galaxy