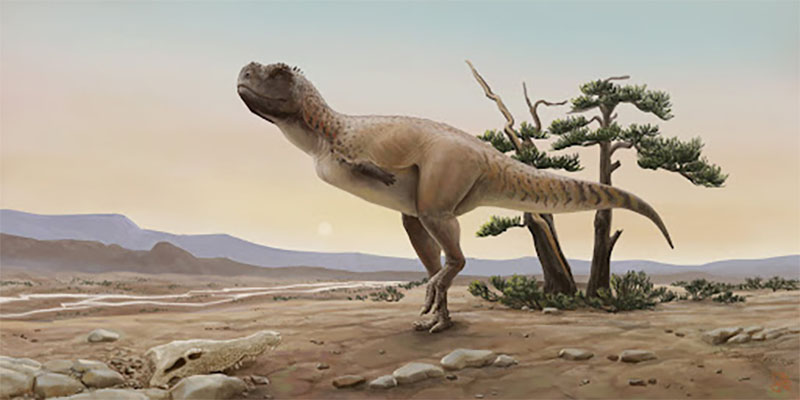 In a startling discovery, scientists recently discovered a new dinosaur species in Brazil which most likely roamed the southeast part of America around 70 million years ago. The fossils of the species was unearthed in Brazil by a team of paleontologists.

A team of paleontologists found the remains of the new species, dubbed as ‘Kurupi itaata’, in Monte Alto, Brazil. This location has been one of the richest areas for dinosaur discoveries yet.

The new species has been described in a Journal of South American Earth Sciences as a type of abelisaurid, which is a group of bipedal predators that thrived on the ancient southern supercontinent Gondwana. The remains suggest that the species was 16-feet-long.

The researchers also examined three caudal vertebrae and a partial pelvic girdle in the remains. Its muscle attachments and bone anatomy suggested that it was well adapted to running.

As per reports, a model of the Kurupi Itaata will be on display at Monte Alto’s Museum of Paleontology soon.