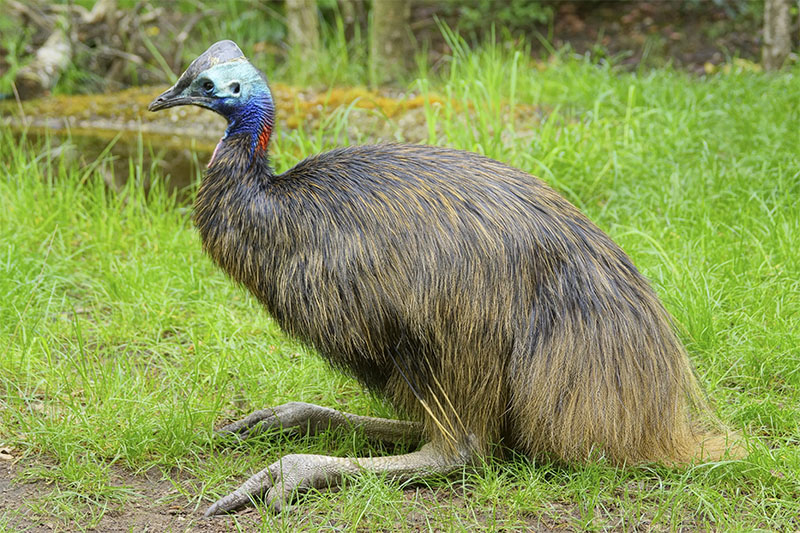 Ancient humans living in New Guinea 18,000 years ago may have collected the eggs of the cassowary bird until they hatched and then raised them to adulthood as their pet, according to analysis of fossilized eggshells found in two rock-shelters in New Guinea.

The findings of the study are published in the journal Proceedings of the National Academy of Sciences.

The cassowary bird still lives in regions of Papua New Guinea, Australia, and Indonesia today. It is considered the world’s most dangerous bird because of its long and sharp toes.

The bird is usually compared to dinosaurs in looks, which hardly makes it ideal to keep as a pet. The bird is very aggressive. Cassowaries are big, territorial, and flightless birds.

Even though cassowaries are known to be aggressive, they also imprint easily, which means they become easily attached to the first thing they see after hatching.

Using a combination of 3D imaging, computer modeling and egg morphology, a new study examined over 1,000 fragments of cassowary eggshells dating to between 6,000 and 18,000 years ago.

The study stated that there are three species of cassowary bird, all native to parts of New Guinea, northern Queensland, and Australia.

Of the three species, the most common is the southern cassowary, which is considered the second-heaviest and third-tallest living bird in the world.

They are smaller than emu and ostrich. The other two species of cassowary are northern cassowary and dwarf cassowary.

The researchers also stated that ancient human beings most likely kept the smallest species, the dwarf cassowary as their pet.

The fossilized eggshells, which were found in the region of New Guinea aged back to 18,000 to 6,000 years old.

Meanwhile today in New Guinea, the bird’s meat is still considered elegant and its feathers and bones are used for ceremonial decoration on clothing.