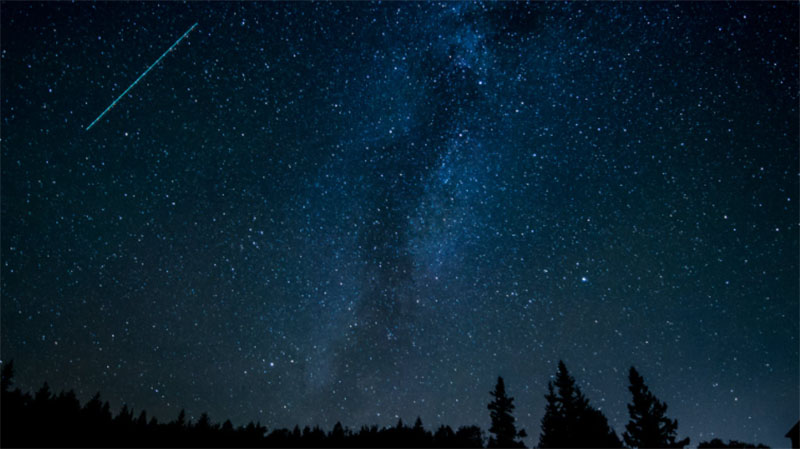 The Draconid meteor shower will be visible to Canadians this week, as the celestial event peaks on Friday, Oct. 8, but may also be visible on Thursday and Saturday.

The “radiant point” for the Draconid meteor shower almost coincides with the head of the constellation Draco the Dragon in the northern sky, which is why the shower is best viewed from the Northern Hemisphere, according to EarthSky.

Canadians wishing to view the meteor shower should try to watch at nightfall and early evening Friday for their best chance to see the short-lived event, which usually zips past the Big and Little Dipper once it is fully dark outside.

Optimal viewing is dependent on a clear night sky, which Environment Canada says is likely to occur in Montreal, Halifax, Edmonton, Regina and Calgary.

The Draconid meteor shower usually produces a few meteors per hour most years, but in rare instances hundreds of meteors are seen, with more than 600 meteors per hour observed by Europeans in 2011.

The Canadian Space Agency offers advice for amateur astronomers looking to catch a glimpse of the shower.

B.C. woman awakes to a hole in her roof and a space rock on her pillow