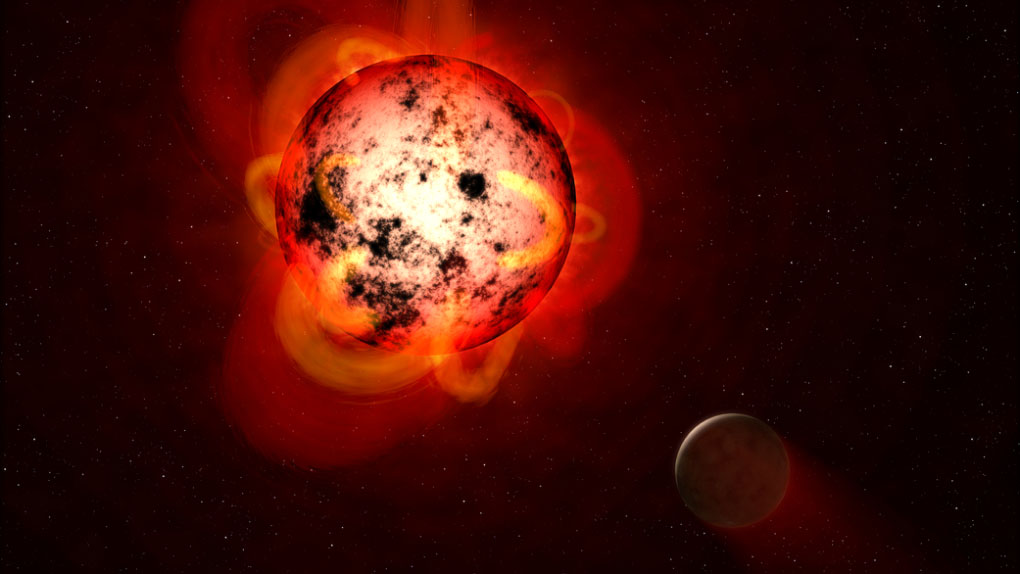 Scientists have heard a message from the stars — specifically, radio signals bursting from distant red dwarf stars which they believe could indicate the presence of hidden planets.

Researchers at the Dutch national observatory ASTRON have been using the world’s most powerful radio telescope Low Frequency Array (LOFAR) to scan the skies for planets, according to a press release.

Recently, they discovered signals emanating from 19 distant stars, four of which can be best explained by planets we just can’t see, Dr. Benjamin Pope explained in the release.

“We’ve long known that the planets of our own solar system emit powerful radio waves as their magnetic fields interact with the solar wind, but radio signals from planets outside our solar system had yet to be picked up,” Pope, a researcher with the University of Queensland, said.

“This discovery is an important step for radio astronomy and could potentially lead to the discovery of planets throughout the galaxy.”

When researchers aimed the radio telescope at the sky, they were focusing on red dwarf stars because they are known to have strong magnetic activity, which is the driver of radio emissions.

But when “magnetically inactive” stars showed up as well, researchers had to figure out why.

They believe that these older stars that are sending radio emissions when they shouldn’t may be sending them because of a close bond with orbiting planets, similar to Jupiter and its moon, Io.

“Our own Earth has aurorae, commonly recognized here as the northern and southern lights, that also emit powerful radio waves – this is from the interaction of the planet’s magnetic field with the solar wind,” Joseph Callingham of Leiden University said in the release.

“But in the case of aurorae from Jupiter, they’re much stronger as its volcanic moon Io is blasting material out into space, filling Jupiter’s environment with particles that drive unusually powerful aurorae.”

This means Jupiter and Io have a strong magnetic interaction, and researchers believe that they’re seeing a similar thing with these distant stars.

“Our model for this radio emission from our stars is a scaled-up version of Jupiter and Io, with a planet enveloped in the magnetic field of a star, feeding material into vast currents that similarly power bright aurorae,” Callingham said.

“It’s a spectacle that has attracted our attention from lightyears away.”

The research has been published in both the journal Nature Astronomy this month and the journal Astrophysical Journal Letters.

The actual planets still need to be confirmed, but right now, scientists believe that the presence of hidden planets is a strong explanation for the radio signals they’ve picked up.

“We can’t be 100 per cent sure that the four stars we think have planets are indeed planet hosts, but we can say that a planet-star interaction is the best explanation for what we’re seeing,” Pope said.

“Follow-up observations have ruled out planets more massive than Earth, but there’s nothing to say that a smaller planet wouldn’t do this.”

If the presence of planets is confirmed, this could be a new method to help pinpoint more planets in the night sky.

International treaty signed in 1987 to save ozone layer has prevented millions of cancer cases, study says