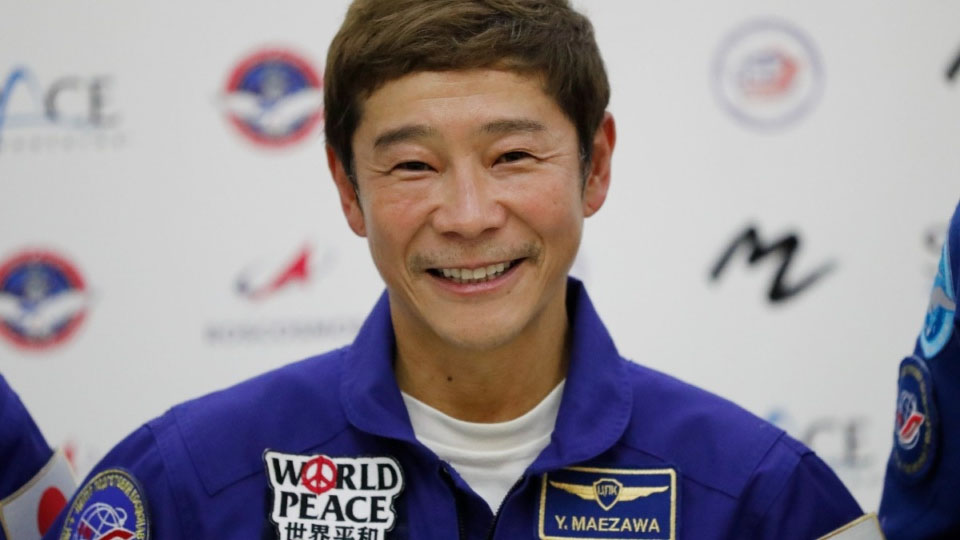 A forthcoming flight to space by a Japanese billionaire will allow the public to have a closer look at life on board the International Space Station, the president of Space Adventures, a company that organized the flight, said Friday.

Fashion tycoon Yusaku Maezawa is set to rocket to space on Dec. 8 on a Russian Soyuz spacecraft together with producer Yozo Hirano, who will film his mission, and Russian cosmonaut Alexander Misurkin.

Tom Shelley, the president of Space Adventures, said Maezawa compiled a list of 100 things to do in space during a 12-day mission after asking the public for ideas.

“His intention is to try to share the experience of what it means to be in space with the general public,” Shelley said in an interview with The Associated Press, adding it will include “simple things about daily life to maybe some some other fun activities, to more serious questions as well.”

Maezawa has made his fortune in fashion retail, launching Japan’s largest online fashion mall, Zozotown. His net worth is currently estimated at $2 billion by Forbes magazine.

“I’m so curious, `What’s life like in space?’ So, I am planning to find out on my own and share with the world,” Maezawa said in a statement earlier this year.

He and his film producer will be the first self-paying tourists to visit the space station since 2009. The price of the trip hasn’t been disclosed.

Space Adventures, a Virginia-based company, has previously sent seven other tourists to the space station, from 2001 to 2009.

Maezawa has also booked a flyby around the moon aboard Elon Musk’s Starship that is tentatively scheduled for 2023. He’ll be joined by eight contest winners.

Maezawa, who has been preparing for the flight at Russian space facilities together with his crewmates, said during Thursday’s news conference that he was particularly thrilled by training that imitated zero gravity in orbit.

He said that training in spacesuits for emergencies on the station was physically very strenuous but interesting.

Maezawa noted that his list of 100 things to do during his time on board the International Space Station would include playing badminton in orbit with his Russian crewmate Misurkin.

Currently on the station, Russian actor Yulia Peresild and film director Klim Shipenko are making the world’s first movie in orbit, a project the Kremlin said will help burnish the nation’s space glory.

Peresild and Shipenko rocketed to orbit in a Russian Soyuz spacecraft on Oct. 5 for a 12-day stint on the station to film segments of the movie titled “Challenge,” in which a surgeon played by Peresild rushes to the space station to save a crew member who needs an urgent operation in orbit.

Peresild and Shipenko are scheduled to return to Earth on Sunday with another Russian cosmonaut, Oleg Novitskiy, who will also star as the ailing cosmonaut in the movie.

In another potential first, Shelley said that Space Adventures has an arrangement with Russian partners for two private customers to perform a flight to the station in late 2023 or early 2024, during which one of them will conduct a spacewalk.

He said that the company is currently in discussions with a number of potential customers and hopes to confirm that mission in the next few months.

“That’s never been completed before,” Shelley told the AP. “It’s something we’ve been very excited about for a number of years to do that.”