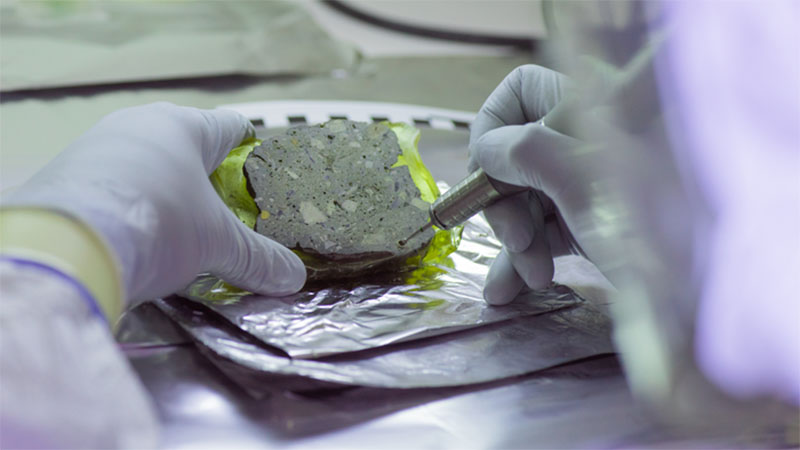 A new study has found that preserved ancient hominin DNA from tens of thousands of years ago can be recovered from sediments from archaeological sites.

Geologists have generally considered archeological sediments as unimportant byproducts of excavation. However, a team led by researchers in Germany has found that DNA and other biomolecules can be extracted from these sediments.

“The retrieval of ancient human and faunal DNA from sediments offers exciting new opportunities to investigate the geographical and temporal distribution of ancient humans and other organisms at sites where their skeletal remains are rare or absent,” said senior author Matthias Meyer in a news release.

The authors will share findings in the journal Proceedings of the National Academy of Sciences. They examined blocks of sediment recovered decades ago from the Denisova Cave in Siberia and soaked in a plastic resin. The blocks were then sliced and examined under a microscope.

The Denisova Cave is an archeological site that has produced artifacts from Neanderthals and Denisova hominins, another ancient hominin species. Archeologists believe the cave may have been used as a toilet by ancient hominins 30,000 to 40,000 years ago.

The researchers successfully extracted “substantial amounts” of Neanderthal DNA from just a few milligrams of sediment. Even from such a small amount of sediment, they were able to identify the sex of the individuals and match them to bone fragments that were also discovered in the cave.

“The Neanderthal DNA in these small samples of plastic-embedded sediment was far more concentrated than what we typically find in loose material,” said lead author Diyendo Massilani in a news release. “It is amusing to think that this is presumably so because they used the cave as a toilet tens of thousands of years ago.”

The findings show that the vast stockpiles of archeological sentiments stored in labs all over the world could be a new frontier for discovery as a “a vast untapped repository of genetic information.”

“The study opens up a new era of ancient DNA studies that will revisit samples stored in labs, allowing for analysis of sites that have long since been back-filled, which is especially important given travel restriction and site inaccessibility in a pandemic world,” said geologist Mike Morley in a news release.

T-cell immune response is still high against Omicron despite its many mutations, study says