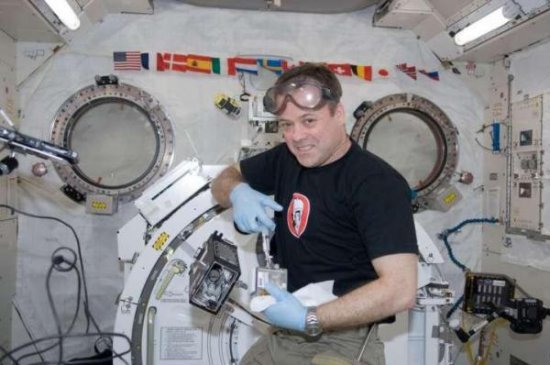 Which factor is more important to root growth: gravity or water? To find out, scientists recruited astronauts to grow cucumbers on the International Space Station.

In the soil, roots seek out higher concentrations of water. The tendency is called hydrotropism. Roots also tend to grow downward as a result of gravity, a pattern called gravitropism.

But researchers haven’t been able to determine which of the two influencing factors is the strongest.

When astronauts grew cucumbers in space, under microgravity conditions, the root patterns proved hydrotropism was the most important factor.

Scientists published the results of their experiments this week in the journal New Phytologist.