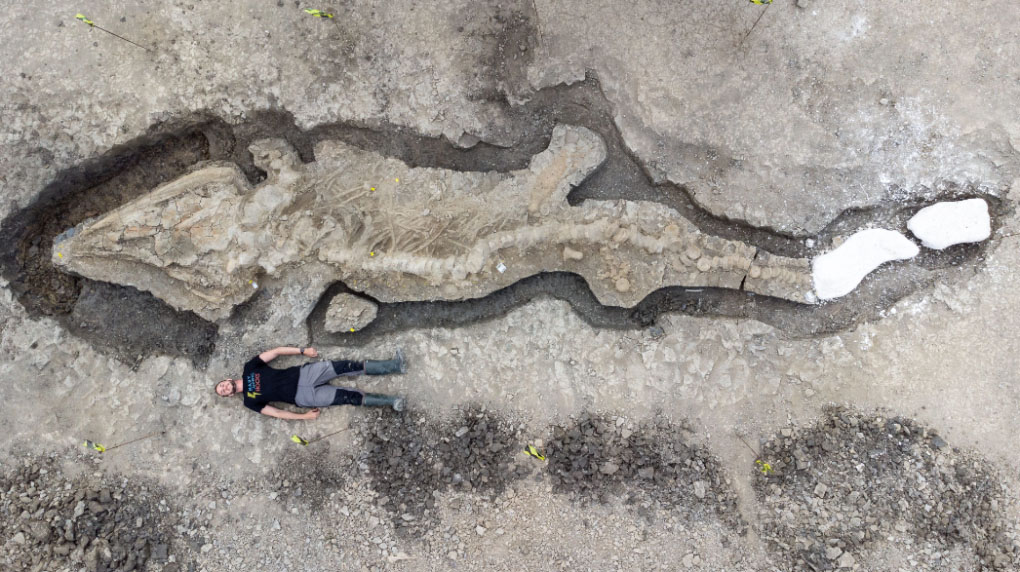 Remains of an ancient marine reptile known as an Ichthyosaur have been discovered in a British water reservoir.

The fossilized remains, colloquially called a “sea dragon,” were discovered at the Rutland Water Nature Reserve and is the biggest and most complete skeleton of its kind found to date in the U.K.

It is also thought to be the first Ichthyosaur of its species – called Temnodontosaurus trigonodon – in Britain, according to a release.

The fossil was found by a member of the county water conservation team during a routine lagoon draining for landscape work in February, 2021. The Ichthyosaur is approximately 180 million years old with a skeleton around 10 metres in length and a skull weighing around one tonne.

The find is the latest of several recent Ichthyosaur excavations, including one led by Montreal’s McGill University researchers in Colombia and another in Nevada.

T-cell immune response is still high against Omicron despite its many mutations, study says