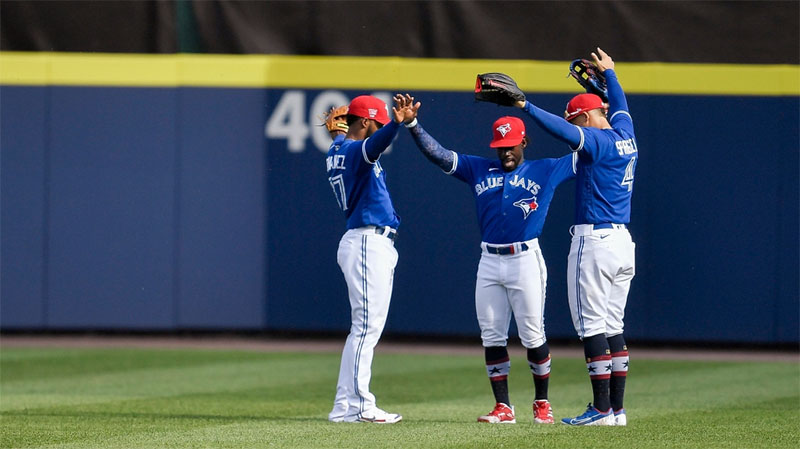 The Toronto Blue Jays announced Friday that they will return to Rogers Centre starting July 30.

“After nearly two years away, the Toronto Blue Jays are finally coming home to Canada beginning July 30,” a release issued by the team said.

“The club was granted a National Interest Exemption by the federal government that allows Major League Baseball games to be played at Rogers Centre, with robust health and safety protocols in place.”

“Following a careful review by public health officials at every level of government, a National Interest Exemption has been approved that will permit the Toronto Blue Jays to return to Toronto and play home games at the Rogers Centre,” Immigration Minister Marco Mendicino said in a statement.

“This decision was made in conjunction with the Public Health Agency of Canada, with the approval of provincial and municipal public health officials.”

Mendicino added that the plan includes pre- and post-arrival testing of everyone crossing the border, along with additional testing four times a week for unvaccinated individuals.

The team said unvaccinated and partially vaccinated people on both home and visiting teams will only be permitted to leave their residence to participate in baseball activities at Rogers Centre for the duration of their first 14 days in Canada.

The Blue Jays haven’t played at Rogers Centre since September 2019. They played home games during the shortened 2020 season in Buffalo and started this season in Dunedin, Florida before returning to Buffalo.

“First and foremost, the Blue Jays wish to thank Canadians for their unprecedented public health efforts and support for the team,” the release said.

“Without you, Blue Jays baseball would not be coming home this summer.”

The club says that 2021 and 2022 season ticket holders will receive communication directly shortly.

Number of deaths recorded during B.C.’s heat wave up to 808, coroners say