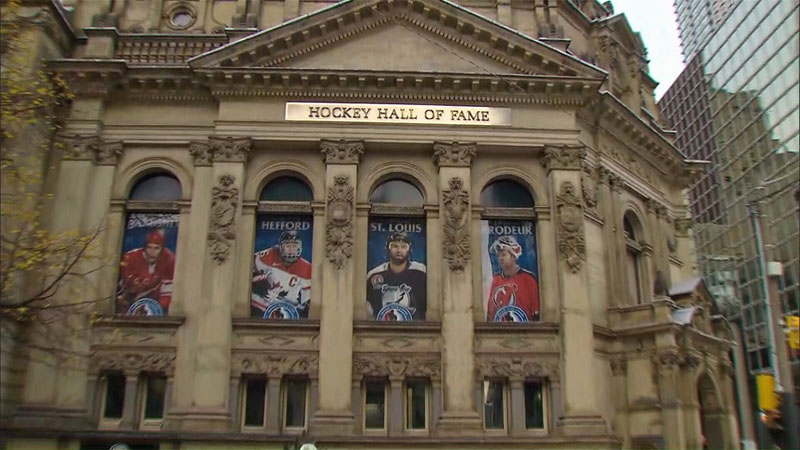 Brad Aldrich no longer appears on the Stanley Cup.

The Hockey Hall of Fame confirmed in an email to The Canadian Press on Wednesday the disgraced former Chicago Blackhawks video coach’s name is now covered by Xs on the trophy.

Aldrich is accused of sexually assaulting player Kyle Beach during the team’s run to the 2010 title.

Blackhawks owner Rocky Wirtz wrote a letter to Hall of Fame chairman Lanny McDonald last week stating that Aldrich’s conduct disqualified him from being included on the Cup, and the team made a mistake by submitting his name.

The Hall of Fame can’t remove a name from the Stanley Cup, but can engrave a series of Xs to cover it up.

McDonald spoke with NHL commissioner Gary Bettman and deputy commissioner Bill Daly on Friday about Wirtz’s letter, according to a statement from the Hall last week.

“The parties agree that this request is appropriate and that they will have further dialogue, including with the Stanley Cup trustees, on how best to effectuate this request,” the statement read.

Wednesday’s move comes in the wake of a damning report released last week that details how the Blackhawks’ senior leadership badly mishandled the allegations against Aldrich more than a decade ago.

The independent review by a law firm was commissioned by the team in response to two lawsuits filed against the franchise related to Aldrich — one by Beach alleging sexual assault in 2010, and another by a former high school student the former Chicago assistant was convicted of assaulting in Michigan.

Winnipeg Jets GM Kevin Cheveldayoff — Bowman’s assistant and Chicago’s senior director of hockey operations from 2009 to 2011 — was absolved of any wrongdoing by Bettman following a meeting last week.