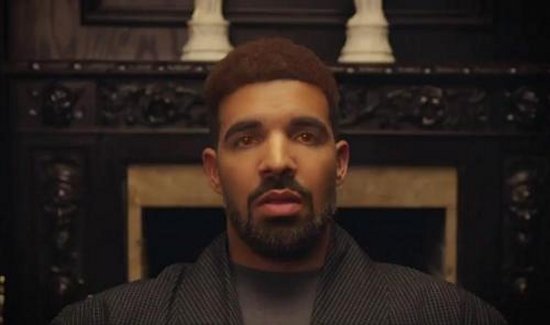 He also lobbed a haymaker at LaVar Ball, the father of Los Angeles Lakers lottery pick Lonzo Ball. Lonzo was the No. 2 overall pick in Thursday’s 2017 NBA Draft.

“Sadly, D’Angelo Russell was traded to the Brooklyn branch of TMZ in that exchange,” Drake said. The Lakers traded Russell and Timofey Mozgov last week to the Brooklyn Nets in exchange for Brook Lopez and the No. 27 pick in the draft.

“I just want to say, LaVar Ball has proven something that doesn’t get enough attention in this country, the black father that’s around too much,” Drake said. “He’s just there all the time.

“Doesn’t miss a birthday a game. He’s around all the time.”

The Balls were not in attendance for the New York City event, opting to face-off on WWE’s Monday Night Raw instead.

“KG [Kevin Garnett] liked that,” Drake said. “I like when KG laughs.”

His dig at Green was an easy slight, as Drake threw in some references to the forward’s history of flagrant fouls and flailing limbs.

“Draymond Green stopped kicking people in the groin and moved onto something much worse: his own podcast,” Drake said.

Drake’s dis at LeBron was directed at the four-time NBA MVP’s hairline and recent shaved head.

But the rapper didn’t stop with his on-stage takes. He also pretended to be Stephen Curry in one segment, alongside a Draymond Green personality. The clip mimicked the movie Get Out.

Drake and comedian Will Ferrell gave Toronto Raptors star DeMar DeRozan handshake advice in another segment. The singer also dissed the Nets, saying the team isn’t verified on Instagram. He threw other jabs at Allen Iverson and Paul Pierce.

Green snatched the Defensive Player of the Year. Houston Rockets’ Mike D’Antonio won the Coach of the Year. The Rockets’ Eric Gordon won the Sixth Man Award and the Milwaukee Bucks’ Malcolm Brogdon won the 2017 Rookie of the Year.